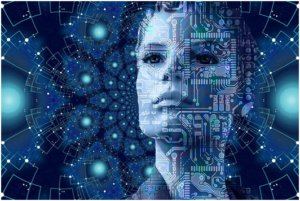 It looks as if 2018 is going to pose great opportunities for the automotive industry, for the shareholders as well as consumers. If a person makes approaches with the proper business strategy, there is no doubting the fact that it will tantamount to profit in the long run, whether you are a shareholder or a customer. Automobile makers are on the lookout for creating maximum gain with the least investment. Thinking a bit out of the box is all you need to keep yourself on the good side of the bargain. Check out some the greatest trends predicted to sweep you off your feet, come 2018.

What is better than having both a sedan and an SUV? Both of their qualities in a single car!! The year is about to showcase some of the best crossover series between SUVs and Sedans and sales is expected to skyrocket. The greater number of investors is believed to be earnestly waiting for this takeover and it would be logical to presume that the stock prices won’t disappoint the market either.

It’s time to go green. The rising anxiety over the exhaustion of non-renewable fuels led to a change in the global mentality as is evident in the rise of sales of electric automobiles (even electric scooters with seat!!). Big names like General Motors, Daimler and WV are pocketing profits in the European market. There is no doubt the other companies will follow suit in this regard and their revenues will go off the charts in the (not so near!) future.

The title sounds something out of a sci-fi movie. Get ready for the future where cars are to become synonymous with reduced accidents and increased passenger satisfaction. Starting with Google and Uber, this year is expected to see a rise in the development of self-drive autonomous vehicles. Stalwarts like Audi, Nissan, Tesla, Ford, and Volkswagen are gearing up to take the market within a max period of 7-8 years. So from now on, James Bond vehicles might become a reality after all.

This trend is on the rise for quite some time in the last half-decade or so. The threat of environmental damage has reached a level powerful enough to make people want to do their part for Mother Nature. Many citizens across the globe are opting car sharing, meaning that emotional attachment with automobiles is on the decline. There is no denying the logic how it cuts down on your monthly expenses. Besides, in this economy, everyone opts for access over ownership. Better leave the responsibilities and financial boohoos with car owners and rent a car when you really need one- a new concept called collaborative consumption.

SUVs are not cut out for the elite adventure enthusiasts who prefer taking on the dirt track on their personal MTV (Multi-Terrain Vehicle). The automotive industry looks up to its bohemian customers who wish to opt for a rough ride on the dusty terrain over a highway cruise with your partner. The rise in MTV sales has been notable over the last few years, particularly among post-retirement generation. The old folks have surprisingly taken a liking to the five-door utility, heated leather seats, and reduced fuel consumption and this fashion is expected to increase in 2018.

Digitalization is here and it’s here to stay. Motor giants Ford and Toyota have launched together open-platform infotainment system to connect the mobile phones and tablets with your rims. Plug-in to your car’s system with your Android or iOS and start living the complete network of your interconnected devices, making life a bit less complicated. Other motor companies are logically expected to follow suit.

Believe it or not, cars are now being printed, literally, from a computer generated designs into a regular automobile. The 3D printing tech was previously limited to research and engineering sectors but this decade is seeing whole new applications in heavy industries. US makers Local Motors launched Strati as its flagship design while other makers are also developing similar prototypes. Their increased safety benefits & cost-effective features are sure to lure big investors fishing into this lake.

This is more of an industrial upgrade than improving the market. Industry 4.0 has changed every aspect from design to production, and operation to servicing of physical systems. It is bound to bring about a change in the pricing and sales of the car as there will hardly be any scope for waste generation. 2018 will experience further increase in this aspect.

Taking on the counterfeiter parts in the automotive industry is no mean feat. To remove counterfeit parts, Blockchain capabilities have been introduced to bring about fair pricing and equitable distribution of the profit percentage. Now that is Good News!