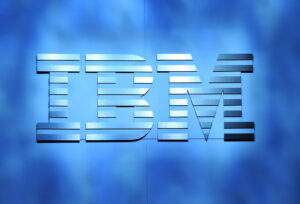 I used to work in IBM storage so I kind get a kick out of covering their announcements. Part of that kick is that I don’t have to do them anymore myself given what a PITA they were to get through approvals. This week IBM announced some interesting products. I’d say exciting, but the reality is that for a storage admin, the word “exciting” generally means something went very wrong so I avoid the term when talking about storage for fear I’ll give someone a stroke.

This week’s announcement has a series of high-performance flash-based products, an NVMe upgrade for IBM’s storage portfolio, and some extremely high capacity storage modules that support up to a whopping 44TB with compression. In addition, IBM announced a new offering called Spectrum Discover which helps manage the oceans of data you’ve accumulated.

IBM’s announcement is massive so I’ll just cover the products that I think are the most interesting.

Storwize V7000: I typically get excited in this industry when you get a 20% increase in performance because that is the threshold where a performance increase becomes truly noticeable. Traditionally with storage, I came up with tape and magnetic storage, even a 20% improvement with a new product was unusual. With the Storwize V7000 they got an improvement of 270% (2.7x) largely by moving from software to hardware-based compression and more effective data placement.

Non-Volatile Memory Express (NVMe) support: I’m not a fan of forklift upgrades particularly if the hardware isn’t that old and largely solid state. This announcement allows existing IBM customers of FlashSystem 9100, some V9000, Storwize V7000F/V7000, SAN Volume Controller systems, and VersaStack solutions to now use NVMe. There are plans to add NVMe capability to IBM Cloud Object Storage software in SDS Configurations in 2019. This should allow for significant performance increases with minimal disruption and cost one of my favorite combinations.

IBM FlashSystem A9000R: Cost is a huge problem for any company building out their IT shop. It can be particularly painful for a small firm because their budgets and funding options are typically far more limited than an enterprise. This Flash based storage system provides a 40% lower entry price while not compromising scalability allowing for the grown of the small company or branch I which it is installed.

IBM Spectrum Discover: With all the talk of “Big Data” for a long time it seemed like people were more focused on collecting data than on analyzing it. This was a particularly big problem for the huge NSA monitoring datacenter in the Midwest. IBM Spectrum Discover is focused on helping companies understand and optimize these massive data oceans by ingesting, consolidating, and indexing metadata for up to billions of files. This also will support supports Dell/EMC Isilon in 2019 according to IBM.

IBM Storage Insights: We are in the age of artificial intelligence and IBM is considered to be the leader in the race to a general-purpose AI thanks to Watson. Storage Insights is also the name of an industry conference I attend from time to time. But this solution uses AI to manage cloud-based block storage to optimize data flow across your Storage Area Network (SAN). This isn’t fully automated or autonomous yet but it likely is on that path.

IBM Storage Utility Offering: IBM now has a significant Cloud offering with SoftLayer, but they still have a huge commitment to on-premise solutions. This offering showcases that commitment by providing cloud-like pricing for on premise storage. This has been extended to include the IBM TS7760 virtual tape libraries.

Now this is far from exhaustive as in this announcement are the Tape updates I mentioned at the top and some impressive SAP focused offerings as well mostly targeting SAP Hana. But, for me, it is just nice to see my old employer step up with some impressive new products, product enhancements, and service offerings without my having to get the necessary approvals (I so don’t miss that). I’m particularly impressed with the cross-vendor nature of some of these things and that a chunk of the announcement isn’t focused on new hardware but improving what you already have. Impressive execution!

Breaking Into the Field of Property Management With Brian Setencich

Everything You Need to Know About Softball Bats.