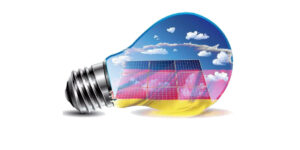 The last decade has raised awareness that most people are finding renewable energy ‘cool.’ A huge percentage of the entire world’s population is becoming aware of the effects of their actions on the environment.

One of the more popular things happening lately is the recognition of renewable energy. Solar, wind, and biomass are becoming increasingly popular all over the world. It gets better when your government entices you to go green by making green energy tax deductible.

Germany has been leading the world by example, by being the largest producer of renewable energy. About 32% of all energy used in Deutschland is renewable. That is no mean feat, and it has put the country on the world’s map as a committed partner in the fight against adverse climate change.

So, what do you need to know about this revolution that is taking Europe and the world by storm?

Why are the wind, the sun, and biomass called renewable sources of energy in the first place? The sources of energy that most of the world uses presently is non-renewable. Fossil fuels will be depleted at some point, and so the world will be at the mercy of the few oil-producing countries. We are already seeing the effects of economies that rely heavily on oil, looking at Nigeria and the Middle East.

Renewable sources cannot be depleted since they are natural. We may not always have the sun in Europe, but we sure do enjoy enough sunlight to store and use during winter.

Every economist will tell you that subsidies are bad for the economy. True, but citizens need the motivation to get off non-renewable energy to renewable sources. When you think about it, the country is saving millions in cash that could have been used at some point in the future to mitigate the effects of climate change. Anyway, you get a tax deduction for using solar and other renewable sources of energy.

The one thing making this energy source undesirable is storage. Even in Germany, a top economy in the world, batteries are the primary storage, and they are not the cheapest. Sun and wind are variable sources of energy, seeing that they are not constantly available, and so the energy harvested from them is stored for later use. Through innovation, we may see better and cheaper means of storage, but at the moment, batteries are the best bet.

Powering your home with solar energy is certainly cheaper than using non-renewable sources. The initial cost of setting the whole thing up will set you back, but the costs after will be lenient. Even if you use it to supplement electricity, you will still notice a significant reduction in energy expenses.

Here’s To A Better World

To make this world better for the future generations, then we need to start here and now. Cleaner energy will reduce the carbon footprint and subsequently depletion of the ozone layer.

What To Consider Before Purchasing A Cell Phone Case

In Business, You Can Learn More From Failure Than You Can Success- The Virgin Group