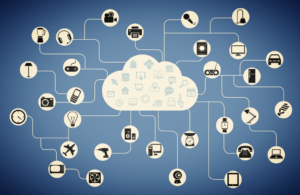 When it comes to accessing the internet, we have a number of options open to us these days. Of course, being able to get online via mobile internet is ideal for those on the go. However, when it comes to home internet services, you can opt for either DSL or cable modem connections. So, what are the differences between the two?

In short, both of these options provide access to high speed internet that is always on. However, while DSL modem services are provided over a dedicated phone line cable modem connections are provided through a shared cable TV line.

Some of the key differences between the two options

There are a number of key differences and points that you need to keep in mind when deciding between DSL or cable internet access. First off, cable is provided through a shared line. This means that the bandwidth is shared by a number of users within the catchment area. When a lot of users get online at the same time via cable modem, it can affect performance so you may end up with slower speeds and lag due to the sheer number of people that are using the line.

Another concern when it comes to using a shared line is that it could pose a security risk. cybercrime is a serious issue these days and there are many cybercriminals such as hackers who are very good at what they do. This means that some could easily break into other systems that are using the same cable network in the area, which then poses a security risk to the many innocent and unsuspecting people that are using the service.

Speed is another issue that you need to keep in mind when it comes to cable internet. While both cable and DSL offer high speed services, cable upstream speeds can be slower than DSL simply because of the level of traffic that is using the network at any given time. There are certain times of the day when more people in the area will use the network to get online, such as lunch time or after work. It is at times like these where you may experience sluggish speeds and frustration. It may also become difficult to engage in certain activities at busier times, such as streaming content and music and other high bandwidth activities.

When it comes to DSL modem connections, you don’t have to worry about the number of people using the network because it is provided through a dedicated line rather than a shared one. However, one thing to bear in mind is that the closer you are to the main base of the DSL services provider the faster your speeds will be. If you are located relatively far from the base, your speeds will be slower.

These are important points and differences that you should bear in mind when you are deciding between DSL and cable modem internet options for the home.

Can’t-Wait to Update to iOS 11? Back your Data up First!