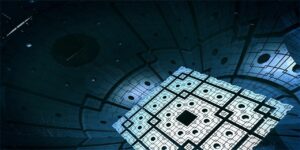 Intel has been a hot mess for a good part of this decade.  Examples of this mess are a very harsh culture that was particularly abusive to women and behavior towards technology OEMs that had those OEMs aggressively looking for alternatives.  Well, I spoke to Barb Whye Intel’s Chief Diversity & Inclusion Officer and spoke to Dell Technologies, and things have changed, for the better, a lot.

Intel’s last CEO seemed to think that the markets Intel was in were boring, and he instead seemed to want to focus the company in areas where Intel wasn’t and didn’t understand like drones, builders, and automobiles.  This resulted in some pretty nasty treatment to the companies that were funding Intel’s operations, and they were understandably upset.

Well, I spoke to some of the executives at Dell, and under Bob Swan, Intel’s current CEO, things have changed for the better a lot.  This dovetails what I’ve seen from Microsoft as well where Intel is not only listening to that firm but has agreed to co-design custom parts for Microsoft, something I don’t ever recall them doing before.   The result is that the OEMs seem to be unusually pleased with the firm and Bob’s leadership, and that should bode well for future revenues and revenue opportunities.

In this industry, you need to collaborate, and when a critical firm like Intel refuses to do that, it tends to sicken the entire segment.  That appears fixed for now, and a great deal of the credit apparently belongs to Intel’s new CEO, Bob Swan.

I have a real problem with abusive companies, particularly when that abuse seems to target women.  But the number of abusive managers I’ve met over the years at Intel exceeds significantly the aggregate of all the abusive managers I’ve met everyplace else.  The result was a lot of avoidable litigation, a nasty reputation for being a company that you wouldn’t want any woman in your life to work at, and an inability to get good quality women and minority employees.  If you were smart, the saying goes, and a woman you don’t go to work at Intel.

Well, that has changed dramatically as well; thanks to Bob Swan’s direction and Barb Whye (and her team’s) execution, Intel has aggressively moved to increase diversity at the top of the company.   That was one of the problems with Intel’s prior diversity effort; it mostly focused on the lower levels of the company, which effectively created glass ceilings as male executives effectively circled the wagons keeping women for advancing.

To fix this, Intel’s executive team created a comprehensive and aggressive strategy to get to full diversity representation by 2020.  The employees participated in the creation of programs to advance and retain women, and minorities were put in place. One of the interesting programs was a Warm Line were abuses could safely be reported; another was an aggressive exit interview strategy to address causes that were management related and not only attempt to retain the employee but to eliminate the problem that got them to want to leave in the first place.  Currently, Intel is running two years ahead of their diversity goals while many other technology firms seem to be, particularly at the top, falling behind.

Efforts continue with the assistance of surveys and analytics to increase employee management engagement and provide employees with more voice in not only their future but the future of the company.  This last is seen as particularly critical when it comes to retaining employees, particularly those with skills in high demand. Currently, metrics on diversity and inclusion are a significant portion of the managers’ bonus calculation.

Inside Intel, there is a network of Executive Women who work to create mentors and become sponsors for their lower-ranked peers to help them advance in the company, provide advice, and help them find advancement and career opportunities.  This women’s tech organization is heavily influenced by statistics to ensure opportunities for women are maximized and that the new Intel environment becomes and remains a healthy environment for their peers and subordinates.

Because we had Veteran’s day this week, I asked if Intel had implemented any unique programs for them, and they have an interesting resilience problem with 2,000 vets benefiting from it helping these vets with their unique problems like stress and PTSD.  It started five years ago, and it has been very successful. It is always great to see a company with Intel’s brand status setting an example like this for our vets because too often, we don’t do enough for them.

Finally, Intel has aggressive required courses training employees and managers in Intel’s Code of Conduct, which now embraces and protects women, harassment training (not how to but how to not do this, and how to report it).

Wrapping Up:  Intel Under Bob Swan Is Becoming A Great Place To Work

You can’t make a change in culture at a company without the support of the CEO, and Bob Swan, Intel’s CEO, has stepped up.  This change isn’t just benefitting Intel’s employees; it is benefitting Intel’s primary computer OEM customers as well, and the firm is being rewarded with more business, more qualified women and minority employees, and a rapidly improving industry image.  People in intel like Barb Whye are driving this fight, and after talking to her, I wondered if Intel shouldn’t have an Intel Medal of honor to give to people like her. You can’t make a critical positive change in an industry if the companies don’t change, and you can’t change the companies unless people step up.  Bob Swan and Barb Whye stepped up, and the result is a far better Intel and, I expect, an improved technology market. Bob and Barb are just two of the many underappreciated Heroes Intel.