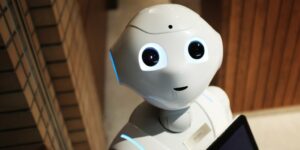 A few years back at Dell Technology world Dell had a futurist come in and talk about what was coming.  He predicted that Robots would outnumber PCs in a few short years and that they represented the most significant near-term growth opportunity for the industry.  It seemed strange then and since, given that the most active companies until relatively recently, regarding robotics, were car companies (a group that Tesla just joined).  But NVIDIA, much like they did with autonomous cars, caught on far faster than their peers, and they have been advancing the common hardware side of Robotics aggressively.

But the software side has been lagging, and you need both for a solution that reaches the kind of global scale that the Futurist spoke of at Dell Technology World.  Currently, projections have the autonomous robotic market at around $103B this year and then more than double by 2025 to $210B, and it will only go vertical from there.  After picking up on this, NVIDIA announced that they were partnering with Open Robotics to advance an Open Source Robotic Operating System solution this week.

The need has never been greater. With massive shortages of employees in industries like transportation, warehousing, and healthcare, the need for autonomous robots is growing far more quickly than most anticipated, partially due to the Pandemic.

Let’s talk about Robots this week.

The Big Problem With Autonomous Robots

The first humanoid robot was created back in 1868, and through the early parts of the last century, they were a recurring theme when discussing the future.  As I noted above, car companies have been working with robotics for years, but most of these are single-purpose assembly-line robots.  However, Honda has done some rather fantastic work though much of the exciting practical stuff has come from Boston Dynamics of late.  The difficulty is no longer building the robot but training it to deal with unstructured environments like roads, open areas, and building interiors.  They are complex systems with massive numbers of actuators and sensors to move and perceive what is around them.

What is needed is a massive simulation platform where these robots can be trained extensively to deal with anything they might run into when deployed.  Fortunately, this comes when simulations have matured a great deal. There is a massive effort to create Digital Twins of everything, allowing simulated environments to emulate the physical world better.  This world will have to address the verticles where the robots will be deployed. These environments include but aren’t limited to homes, delivery, retail, agriculture, logistics, manufacturing, warehousing, and security.

NVIDIA and Open Robotics Step In

Before this announcement, NVIDIA already had 800K developers working on their open robotics platform building for their Jetson line of robotic brains.  This week they announced ISAAC ROS with Open Robotics to accelerate ROS 2 (Robotic Operating System) on their Jetson platform.  They had also announced Omniverse, their Metaverse tool for creating massive simulations.  And, with this announcement, they now have Omniverse Isaac SIM, a simulator designed to allow a creator to import a virtual and complete representation of a future robot and train it in a complete set of scenarios using their Domain Randomization capability.

Open Robots provided their relatively mature ROS offering, which runs on Linux, along with their extensive experience in robotics. They will be providing their ROS 2 platform to create a complete and increasingly autonomous software stack that can be applied to various robotic designs that can then be vetted and trained in NVIDIA’s Omniverse Isaac Sim. They can create advanced robotics potentially at scale.

Robots are coming, but while it initially seemed that hardware would be the limiting factor, software and training have been a far more difficult problem to solve.  NVIDIA partnering with Open Robotics appears to have addressed this problem with a mature Robotic Operating System and training tools like Omniverse Isaac Sim to create our robot-assisted future.

Together these two companies could massively reduce the time to market for the robots we will eventually depend on and increase the capabilities of those robots so that we don’t have to wait as long for affordable solutions that work.  You could argue that this announcement may be the beginning of the Robot revolution, and we’ll hope the result is a lot better than the movies (Matrix, Terminator) have historically represented.

3 Ways to Reduce Office Back Pain