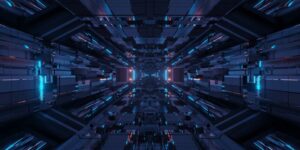 For much of its existence, Lenovo has lagged behind Dell and HP in workstations. It is challenging for any vendor to advance in the workstation market because of the level of commitment by other vendors in this market and their tight connection to their users. What makes the Workstation Market different from the PC segment is that the employees who use this device class greatly influence what is purchased. This uniqueness is because, whether we’re talking about engineers, architects, analysts, or animators, what they produce on this machine class is often the company’s product.

The movies DreamWorks brings to market are built on the workstations they buy. If they buy the wrong product, it will have a material adverse impact on revenues by reducing productivity and the quality of the end product.  So, these firms ask their users what they want, listen to the answer very closely, and test extensively before the purchase is made.

An announcement like this one can, for the following vendor, change the buying argument from “why would we use Lenovo” to “why wouldn’t we?”.

Let’s explore why this DreamWorks partnership with Lenovo is critical to both partners and significantly raises Lenovo’s workstation and data center profile.

When a company is moving into a market segment, buyers don’t want to be the first to adopt that new vendor’s technology.  So, the vendor needs a reference account, but it’s hard to get a company to take the technology at scale. If it does, the account isn’t likely to broadcast the relationship. This unwillingness to be a reference is for two big reasons. First, if the deal creates a competitive advantage, the company doesn’t want its competitors to follow it because it wants to benefit solely from that advantage.  Second, the company is taking a risk, and if that risk doesn’t pan out, it doesn’t want that mistake to become visible and reflect on the decisionmaker poorly.

So, any reference account like this is assured that it will provide enough of an advantage that investors will want to know about it (and they aren’t worried about copycats).  And the company is secure enough in their decision that they know it won’t blow back on the company.

In addition, firms like DreamWorks perform heavy testing before making a move like this because the technology is material to its performance.

This relationship isn’t just about workstations. It includes computing infrastructure, giving it a much bigger scope. DreamWorks appears to be betting heavily on Lenovo, perhaps because Lenovo is a unique global company with a significant presence in both the U.S. and China. Its distributed operational structure should provide a better hedge against supply shortages.

One of the critical aspects of relationships like this is logistics because it doesn’t matter how powerful a solution is if you can’t get it when you need it.  So, Lenovo’s products’ performance and reliability alone may not have driven this deal but Lenovo’s unique structure.  This structure should avoid many of the problems other vendors are experiencing with logistics and availability.

Lenovo has advanced into various markets of late because it has competitive hardware and services. In addition, the company’s unique structure spans the U.S.-China divide, allowing it to avoid the logistics nightmares that its peers are experiencing.  This combination of competitive capabilities appears to have founded the recently announced partnership with DreamWorks, undoubtedly making it even more attractive, particularly in the movie and television industries. Given the difficulties between the U.S. and China, having a company that can bridge the two fastest-growing economies has two advantages: the logistics advantage I’ve mentioned and the ability to advise U.S. companies on how to penetrate the Chinese market and vice versa.

This combination of advantages makes Lenovo the company to watch in 2021/22.