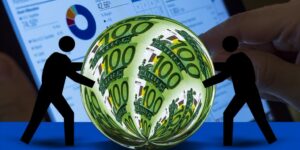 Call it what you want – the sharing economy, the on-demand economy, etc. – but the gig economy isn’t showing any signs of slowing down. In fact, if you study the technological side of the industry, it’s clear that there’s a lot of untapped potential still left to be realized.

The Gig Economy is Shaping Tech

Did you know that millennials – those in their twenties and early thirties – now make up the largest percentage of the labor force? This is certainly true in IT and other tech niches where professionals seem to be getting younger and younger. And when you consider that millennial professionals are interested in work-life balance, flexible schedules, and a DIY mentality, it’s pretty easy to see why the gig economy is thriving in the tech space.

“A large number of millennials are choosing a different path in terms of what they want in their professional life,” tech recruiter Alisia Genzler says. “We are seeing more and more of them choose freelancing and contract work over traditional jobs, more so than in previous generations.”

But it’s not just a shifting mindset that is changing the tech industry from the inside out. The gig economy is fueling change and benefitting both professionals and customers.

The gig economy – at least in the tech industry – sort of arose out of necessity. During the recession, when the job market tightened, many millennials were pushed out of jobs and forced to go out on their own. But even after the recovery, many of these individuals became so fond of freelancing that they chose to stick with it. The result is a burgeoning gig economy that has brought new life into the tech space.

But in order for professionals to even have the opportunity to go out on their own and pursue lucrative freelance work, there has to be a marketplace. Gig sites have emerged to fill this void and bridge the gap between tech professionals and customers.

Take UrbanClap as an example. Based out of India, the site brought professional services to a marketplace that was severely lacking any sort of alternative to big brands and businesses. Similar to Uber in the U.S., UrbanClap allows professionals to expand their businesses by offering services direct-to-consumer. The result is higher pay for the professional and superior service for the customer.

Using UrbanClap, many tech professionals have seen their salaries increase from just a couple hundred U.S. dollars per month to nearly $2,000 U.S. dollars. In other words, it’s providing unparalled opportunities.

Stateside, TaskRabbit is a platform that’s doing similar things for professionals in tech industries (among others). It makes something that tends to be the biggest pain point for freelancers – finding clients – simpler and more cost-effective. For customers, it provides quick and easy access – without having to pay the premium that bigger brands may charge.

What Does the Future Hold?

What will be interesting to watch in the coming years is how the growth of the gig economy in IT and other tech niches will impact the larger industry. For example, will millennials stop looking for jobs with big organizations out of college and immediately dive into freelancing? We’re already seeing some of this and one would have to assume that the trend will continue.

Ultimately, the rise of the gig economy is a good thing. It creates more competition in the marketplace which should theoretically drive superior service. But from the professional perspective, the gig economy allows for flexibility and balance. At the end of the day, this is what’s fueling the success of this new business model. Millennials want work-life balance and freelancing provides this.

Reasons You Should Use a Camping Checklist

Why You Should Buy A Mobile Wireless Charger