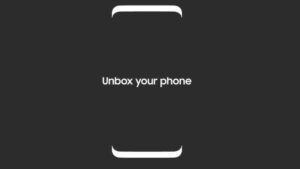 The Samsung Galaxy S7 was a complete hit, and despite the Note 7 dilemma, Samsung still owns a considerable portion of the smartphone market, around 20%. So it is no real surprise that the market has its eyes on the Korean’s next flagship, expecting the upcoming model to be a major hit.

The official launch date, and marketing campaign, for the S8 are set for the 29th March in New York and London, simultaneously. Nevertheless, it is anticipated that the new Galaxy S8 won’t hit stores before the 21st April.

Here are a few things to expect from the new Samsung flagship:

Samsung’s Galaxy S series is one of the most visually appealing Android phones in the market. The S8 is to be featuring the typical ‘Edge’ displays, wrapped around the sides of the phone, although Samsung might drop the suffix.

The top edge of the device will accommodate the camera, speaker and other sensors. The S8 will ship with a Quad HD+ screen, the same 1440×2560 resolution as the S7. However the new device will adopt a new material, which will increase its durability and consume less power.

The leaked image also hints at a new gold color.

Samsung will reportedly continue its trend when it comes to cameras. In fact the S8 will be featuring the same 12 MP dual pixel main camera as the S7. However rumor has it that they might introduce an auto-focus front camera, addressing the ongoing selfie-mania.

S8 will not have a home button offering a new kind of navigation. It will be like other button-less Android phones. According to some leaked visuals, the phone will be using virtual buttons that would appear when you need them.

The highly anticipated on-screen fingerprint reader will apparently not be on board this time around. According to Samsung, they didn’t have enough time to implement it.

The pricing for the new S8 series is not clear yet, we can only speculate that it will be in the same region as Samsung’s biggest competition, Apple.

How would SEO be important for your site?

5 Ways You Benefit from Music