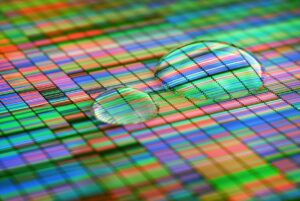 A typical LTE network is extremely secure as the data on it is encrypted ensuring your online identity is safe and hidden at all times. Users prefer LTE over WiFi because of the security as WiFi network is a platform easily penetrated by hackers and spammers.

However, every network has one loophole or the other, and the 4G LTE faces security vulnerabilities as well. A team of researchers from South Korea’s premier tech institution “KAIST” found 36 new vulnerabilities in 4G LTE that has big security and privacy implications. The team compiled their findings in a report titled “Touching the Untouchables: Dynamic Security Analysis of the LTE Control Plane.”

Long-Term Evolution or LTE is how the majority of smartphones are connected worldwide to the internet as more people in the US opt for LTE rather than WiFi network to complete day to day tasks. But with these new findings, users will move back to the WiFi network as the researchers have proved the LTE vulnerabilities after careful tests.

These security issues and flaws include the eligibility to manipulate and misuse data traffic and worse than the 4G issues of 2018 which revolved around spamming and tracking. Let’s discuss further.

Among the threats and issues found, one is alarming that needs immediate attention. The new threat will give hackers the ability to “reject LTE services to legitimate users, hide SMS texts and even manipulate user data traffic.” This is particularly a major concern because by doing this user data will be misused, reused or even sold to third-party companies without prior notice.

The extensive list of LTE vulnerabilities revolves around network security as it will damage the system and its process which means mobile networks are not safe to further use.

If hypothetically speaking the 51 vulnerabilities are somehow fixed, which surprisingly is a lost cause as they won’t get fixed, still there will be other privacy concerns in 5G and 6G later on. Not to mention the existing issues with the 3G and 2G network that are still lurking.

They have further involved and notified the affected network equipment vendors and baseband chipset vendors to calculate the damage. To successfully resolve the security find, the researchers of KAIST used a “fuzzing” technique and compiled their own LTEFuzz to locate these issues in LTE. The entire 51 issues found are organized in this Doc file by researchers.

In general, the 4G LTE connection is supposed to be secure, and the software is not penetrated that easy, but the claims of this test speaks differently. Earlier an International team from the Ruhr-University Bochum found vulnerabilities in the 4G LTE network and wrote it’s detailed in a paperconsisting of its findings and tests.

The paper mentioned that the security issue would exploit high-profile individuals such as politicians.

The Best Way to Avoid Vulnerabilities

It seems that the threat is still at large and the security flaw cannot be avoided and taken lightly. But how does the user refrain from falling prey to these vulnerabilities? The best possible safety is to use a VPN on LTE connection. Sites like AllbestVPN.com provide reviews of VPN providers which can help you find one with robust encryption protocols.

The VPN will allow you to encrypt your connection and at a certain extent prevent the security vulnerabilities discussed above. This will help as the smartphone data will be encrypted keeping the phone and the data protected at all times. The attacker would not be able to alter or manipulate the LTE traffic as it will be encrypted with multiple protocols.

The VPN will not be able to protect you from all the attacks such as DDoS vulnerabilities, but it will protect you from most of the security vulnerabilities and with favorite apps. However, in the entire journey, one should not forget how important DNS leaks are which can happen over a LTE network as well and the VPN will protect the user from it. Even on the LTE Network!

It is clear that the LTE issues exist and users cannot run away from it. We used to prefer LTE over WiFi, but now there is no alternative to LTE. Users have to create a shield themselves to block such attacks while using LTE.