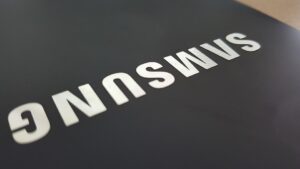 After several months of leaks and rumors, the Samsung Galaxy S10 has finally arrived and certainly takes the mobile phone technology to the next galaxy. This is a great time to enjoy the promo from Genting and earn some extra money to buy yours. Samsung never fails to deliver innovative technology whenever it moves from one flagship to the next, and the Galaxy S10 is no different. Here are the top five features available on these devices:

The industry has been struggling to do away with the notch for quite a while and the motorized slider to hide away the camera seemed like a great idea until the hole-punch cameras on the Galaxy S10. The hole-punches happen to be a killer way to hide out the notch while maximizing screen real estate without the use of complicated procedures like motorized sliders. The hole-punch is not very intrusive and it is by far the best choice available now.

The industry is shifting towards onscreen fingerprint sensors with the OnePlus 6T being the best example of the lot. However, the ultrasonic fingerprint sensor on the Galaxy S10 devices use ultrasound waves in order to recognize the fingerprint patterns. This next-generation technology manages to provide better security while still being easy-to-use. Even though Face ID on Apple devices and face recognition on Android phones are getting better, the fingerprint sensor remains the bread-and-butter.

There may have been devices with even quadruple camera setups but the Galaxy S10 manages to improve on perfection seen in the predecessor by offering three cameras at the back. The dual lens setup on the latest iPhones may be excellent, but they are not groundbreaking. The wide-angle lens on the Galaxy S10 manages to bring out some impressive shots, while the depth mapping has improved tremendously compared to previous generations. There are also software enhancements that help Galaxy S10 even beat the Pixel devices in certain aspects.

The growing list of wireless devices also throws up the need to charge those devices. The Wireless PowerShare is a convenient and nifty little feature that will provide a new element of convenience to the Galaxy range of smartphones. It is possible to charge wireless earbuds, which need to be Qi compatible, using the Galaxy S10 and it can be quite convenient indeed. Even though it is possible to charge on a smartphone wirelessly, this feature will be more useful at tackling smaller devices like earbuds.

The amazing growth in the world of smartphones means that it is almost impossible to futureproof these devices, but the 12 GB of RAM in the Galaxy S10 is good enough to provide a place at the top for a couple of years. The availability of more RAM ensures smooth operation on Android devices, but the requirement for 12 GB of RAM may not have arrived yet. Even then, it is comforting to know that the top tier of the Galaxy S10 range manages to pack this feature aside from the 1 TB of internal storage. The 6 GB of RAM has been able to hold well for a couple of years now and the 12 GB of RAM should be good enough for a substantial period.

3 Of the Toughest Interview Questions & How to Answer Them