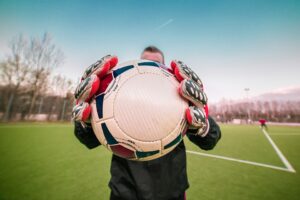 Kepa Arrizabalaga has just been fined a week’s wages for basically undermining the manager in front of the world’s media. The world’s most expensive goalkeeper disobeyed the decision of Maurizio Sarri in the recent Capital One Cup match against Manchester City. That might be a good time to do the review of the lucky247 slot taking into account the difficulty of continuing with your sports bets at this critical moment. Sarri decided to substitute Kepa with Willy Caballero and there was a tactical side to this decision with Caballero known for his excellence in penalty shootouts.

Yet, there was shocking disobedience from Kepa, and Maurizio Sarri almost left the dugout in extreme anger. The manager ended up ceding to the goalkeeper’s persistence and it was widely seen as a sign of more player power.

There have been a lot of calls for Kepa to be dropped for the upcoming match against Tottenham, but Sarri’s reaction just after the Manchester City game hints that the Italian wants to deal with the situation behind the doors. Even though Sarri tried to diffuse the situation as a misunderstanding, it is understood that he let his feelings known to Kepa after the game. The Sun reports about Sarri’s fiery confrontation with Kepa, but it may not have a major impact amongst players.

Chelsea football club has struggled with player power for several years. The frequent sacking of managers has led to a situation where players have been the constant at Chelsea. This has ultimately led to a position where player power is significantly more at this club. The talk about player power has come about frequently over the last few months, as Maurizio Sarri has struggled to get a consistent set of results. Sarri has watched the team through up highly inconsistent performances from game to game and it can only be attributed to the lack of influence from the boss, who has admitted in his own words that he struggles to motivate this group of players.

A number of top managers like Jose Mourinho have claimed that Kepa should be dropped for the upcoming game against Spurs in order for the manager to assert any influence on the squad. However, Sarri is expected to retain Kepa in the starting lineup. The 24-year-old cost an incredible £71 million from Athletic Bilbao in the summer, but even this purchase had all the markings of a ‘panic buy.’

Results have gone down the drain at Chelsea, as Sarri has been unable to work an alternate style of play. Even after taking a huge hit by disposing Alvaro Morata for Gonzalo Higuain, Chelsea’s performance is going forward have not been exactly great even if the team continues to dominate matches in terms of possession statistics.

Zinedine Zidane and Frank Lampard have already been touted as potential replacements for Sarri, who may be heading for the exit door with a couple of losses in the next few matches.

Irrespective of the manager who replaces Sarri, it may be extremely difficult for Chelsea to control the power of players, who know all too well that they are likely to remain longer at the club than the manager.

How is Artificial Intelligence Transforming the Manufacturing Industry Today and Beyond?