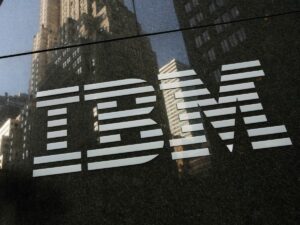 Last week was IBM Think and at that show IBM’s CEO, Ginni Rometty, covered a massive number of topics. But the most interesting to me had little to do with IBM’s solutions or customers, it had to do with how IBM is working to improve Trust in the company and using its vast resources to address the massive qualified employee shortfall in the technology industry particularly regarding women in the workforce (and diversity in general).

I’m ex-IBM myself I was tickled to see my old company step up and do well by doing good. IBM was once one of the most trusted companies in the world and traded that trust for short term revenue which almost caused the company to fail catastrophically before it even reached its 100-year anniversary. The fact that its existing leadership is focused like a laser on regaining that trust and image is an important path to IBM’s continued existence and success.

However, it is really what the firm is doing regarding addressing diversity and employment shortfalls I want to talk about this week.

I would argue the most interesting effort that Ginni spoke of was their return to work effort called: “Tech Reentry”. This is for people who used to work in tech but left and, I would guess, most of these folks are women who became mothers and had to leave to raise a family. Ginni, to showcase this, brought a woman to stage that had left the market to raise a family and with that family now largely gone, wanted to revisit her earlier career. Typically, someone like this would be to far out of date and out of luck. But IBM invested in updating the woman’s training and she is now working in their Quantum computing group on some of the most interesting and advanced projects in the company.

I find this idea of finding people, particularly women, who have given up their career dream compelling because these folks, who sacrificed their future for their family, are some of the highest integrity people we have in humanity and we should reward them for that integrity and family focus. Without people like this making this kind of sacrifice we likely couldn’t sustain the country so making them whole makes a major positive statement about IBM’s values and, by proxy, our own.

I can think of nothing more noble than a parent giving up their career for their children or problematic with our inability to find them compelling jobs after their sacrifice is done. Fixing this should be a high priority and I’m proud of IBM for stepping up.

Apprenticeships are a lost art, we generally learn better from practitioners then we do from professors and teachers because what we learn is applied and not largely out of date theory. And another group we don’t take good care of is veterans. Ginni brought up on stage an ex-member of the National Guard who was taken into the IBM Apprenticeship program (Veterans Employment Initiative) and is now a member of their cyber security team. You’d think someone from the military would be really good at Cyber security and this buy was apparently just that.

We tend to take our veterans for granted even though we often send them at great personal risk to fight unpopular wars in remote places to keep us safe. This is another group we should be focused on taking care of but instead we often act like it is anyone’s problem but our own. Apparently, IBM’s program often favors Veterans and should help assure that a critical number of them will have good solid jobs and not be found on street corners homeless begging for money. These folks put their lives on the line for us, helping them find meaningful jobs after their tour of duty is over should be a higher priority for a lot of firms, but at least IBM stepped up.

Another interesting program is IBM’s New-Collar education program which is currently outperforming community colleges, in terms of students graduating and finding jobs by a whopping 400% (by the way that suggests a problem with community colleges that needs addressing). This program currently has 125K students in it that will be targeted at job shortages both inside and outside IBM helping the entire industry and taking people that are hard workers but lack the needed education in tech and making them into what IBM calls New-Collar viable tech employees.

With all the complaints about school and teacher funding it is great to see a company like IBM step around that and fund a program that massively outperforms the public sector in producing viable employees. It is shame this couldn’t be scaled to a nationwide government backed program, but our politicians appear to be excessively focused on attacking each other instead.

Another fascinating program is P-Tech which is focused on identifying candidates for tech jobs as early as 9th grade and then assuring they get the appropriate education and help they need to either get advanced degrees in tech or exit and get jobs as part of IBM’s New-Collar program. P-Tech operates in existing schools, around 100 now worldwide, and positions kids to get rewarding jobs in some of the world’s fastest-growing industries. At Think Ginni showcased two people a woman that gave up her teaching career to lead the P-Tech program (which if 50% female and focused on addressing the huge lack of women in tech problem) and a man who, as a student, nearly got expelled as a result of hacking his school’s computer system but was instead pushed into this same program successfully. This program offers the equivalent of college degrees for free to students that step up and perform well in the program and helps assure they end up with meaningful careers.

Wrapping Up: One More Thing

IBM’s efforts to end employee shortages and enhance diversity stand well beyond any other Corporate Responsibility program I cover but their efforts on behalf of the planet don’t stop there. They also have 100K people participating in part of a massive effort to either respond more effectively to large disasters or eliminate them making the world safer for all of us. It is virtually impossible not to be proud of a company going this far to make the world a better place particularly given how many of our elected leaders are tied up just trying to figure out what is true and attacking their opponents while not making a difference themselves. We need more firms like IBM to step up because the world has a need for a more qualified, better trained, and diverse workforce.

In these efforts, in my opinion, IBM sets the bar.

Improving Your Grades for Greater Success