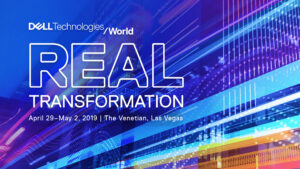 One of the themes I’m picking up this year is that big technology firms (with some notable exceptions, like Apple and Oracle) are aggressively working to make the world a better place. Now, I wonder if that part of the reason for this is that the political landscape is such a mess with the rise of nationalism both in the U.S. and globally and things like Brexit which increasingly look pretty stupid at national scale. It just seems like a lot of CEOs are realizing that this highly closed-minded behavior is idiotic and are doing their level best to focus on broad initiatives that showcase other, better paths.

Dell is an excellent example of this positive approach, and during the course of the opening events at this year’s Dell Technology World Dell showcased not only the huge efforts it is making to broaden diversity in its own organization but a level of cross-company collaboration between what once were hard competitors that is almost unbelievable.

Let’s consider some of these examples.

One of the fascinating opening sessions of the conference was a joint talk between Dell Technologies’ Chief Financial Officer (CFO) Tom Sweet and its Chief Diversity Officer (CDO), Brian Reaves. I’ve never seen this before. Typically, the CFO gets up and walks us through a bunch of information that mostly only financial analysts talk about and the HR folks stay home and don’t show up at all.

Now, the concept of diversity and the broader area of the care and feeding of employees is near and dear to my heart because it is what I’d intended to do when I left my undergraduate and graduate studies. Sadly, at that time, HR went from being a vibrant mechanism that cared about employees to a compliance organization that mostly didn’t care about the people it affected. Finance generally looked (and mostly still looks, in most forms) at employees like replaceable objects.

That was not at all what was presented at Dell Technology World. Both Sweet and Reaves spoke to the coming massive shortage of trained employees and how they both were making massive changes to mitigate the resulting risks to Dell. Having the CFO and CDO both embrace diversity and employee care as a critical strategic initiative was a sea change showcasing a huge shift in priorities. Finance often is the enabler in a firm because it controls the purse strings. What it thinks is important gets funded which puts an unusual emphasis on why Dell will be able to execute successfully here.

Mirroring many things that I’ve heard from both Cisco and IBM this year on the importance of diversity, the critical need to bring more people into the technology workplace and making the firms better places to work brought a huge smile to my face. This is the way it should have always been.

One of the more interesting things that happened on the main stage was that Michael Dell, Pat Gelsinger (VMware), and Satya Nadella (Microsoft) were brought on stage to discuss highly integrated new offerings. Together they have created a set of hybrid cloud solutions on steroids where Microsoft Azure capabilities will be provided as part of Dell on-premise solutions and VMware technologies will be provided under the Microsoft Azure cloud.

Now, VMware and Microsoft are primary competitors in virtualization and a decade ago this kind of a joint effort would have likely been impossible. But both Dell Technologies (including VMware) and Microsoft have shifted to an interoperability/collaboration strategy that has long been demanded by IT but largely ignored by vendors who just don’t want to play well together. While there are still holdouts to this, like Apple and Oracle, Dell and Microsoft in particular have turned 180 degrees from their old failed walled garden and proprietary approach to one that is far more open and collaborative.

The related announcements inspired one of the largest positive responses from the audience, and the announcements were so balanced (with both sides unusually benefitting near equally) there is little doubt the effort will be successful. I would expect this signals a trend as the firms that don’t learn how to collaborate and interoperate likely won’t survive the massive changes and related IT requirements that are coming. It used to be that IT didn’t have much choice because no vendor of scale would collaborate closely with competitors, but that is changing. As a result, IT will likely reform RFPs to favor vendors that collaborate and interoperate. Those that don’t, I expect, either won’t be around or will be on life support by the end of next decade.

Wrapping Up: Diversity, Interoperability, Collaboration, and Making Dell and the World, a Better Place

I think we are seeing a massive change in the industry where growing employee shortages are causing leading companies to focus on broadening their diversity efforts, bringing back those that have left the market (mostly women), and making their firms better places to work. In addition, no firm is deep enough to encompass all the ever-broader solutions that customers want alone—not even Dell Technologies—so they are enabling collaboration and interoperation at a level we’ve never seen before.

At Dell Technology World 2019 this week we saw both dynamics in play. The potential resulting value and benefits I saw on display made me wonder whether the various messed up governments might look at what these firms are showcasing and realize that the world could become a much better place if they followed that example.

One final comment: This event also highlighted the return to Dell of JJ Davis who just took over as head of communications. This is kind of her coming out event and it impressed the hell out of me. JJ left last year, and I think Dell was diminished by her absence. That is no longer the case. Dell Technologies World 2019 demonstrates why she is so highly regarded in this industry.