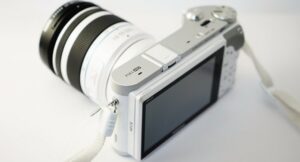 Microdisplays, tiny compact displays, require magnifying optics for their deployment in several electronic devices. Microdisplay devices feature high pixel density, user-configurable technology and high resolution which are broadly used for smart watches, smart glasses & other smart devices for enhancing the picture quality with high contrast ratio. Introduction to microdisplay-based holographic display and technological advancements in microdisplays have encouraged the manufacturers of electronic equipment for investing in R&D which in turn is likely to propel the growth of global microdisplays market according to a study by Future Market Insights (FMI).

Continuous enhancements and rapid development in display technology have provided an opportunity for several types of displays in industrial and commercial market. Compact, small-sized displays, microdisplays possess high resolution capacity improving voice & picture quality in televisions making it a prime device for utilizing at the time of production of display devices. This is encouraging adoption of microdisplays among OEMs for various new devices such as tablets, smartphones & others. Soaring number of applications in several industrial electronics and consumer electronics are major factors fuelling the expansion of the global microdisplays market in the near future. While factors impeding the market growth of microdisplays include high initial manufacturing costs and application of microdisplays in electronic devices.

Introduction to Wearable Devices has driven the Microdisplays Market

LOMID to Launch OLED Microdisplays with Pixel Density of 2300 PPI

Europe too is set to witness enhancements in microdisplays. A European project, LOMID, has also aimed to launch OLED microdisplays with 2300 PPI capacity. The EU-funded H2020 project known as large cost-effective OLED microdisplays and their applications (LOMID), which was launched in January 2015 & led by scientists from Fraunhofer FEP, has aimed to develop new-gen of large area (13X21 mm) OLED microdisplays focusing on augmented reality as well as virtual reality applications along with visual prosthetics. This project will be run until the end of 2017. This achievement of this project will be attributed to development of robust silicon-based chip design to support both high resolution (1200X1920- WUXGA) along with 11µmX11µm pixel sizes for 2300PPi pixel density, and significantly reliable manufacturing process for backplane.

The information presented here is sourced from Future Market Insights latest. A free sample of this report is available upon request.

Mobile Application Testing Solutions Continue to Get the Spotlight

A Beginner’s Guide To Bitcoin Mining