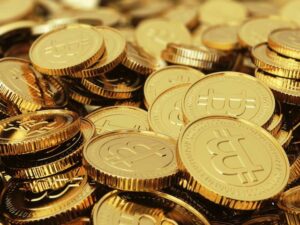 As the world’s first decentralized value-transfer protocol, Bitcoin has also proven itself to be the most stable and reliable of it’s kind. Existing for almost a decade now, Satoshi’s Peer-to-Peer Electronic Cash System runs on almost the same code with which its Genesis Block was mined, some eight years ago.

This kind of stability is an impressive feature, especially if one compares Bitcoin to its many sophisticated progenies which allow for much more complicated transactions. Ethereum for example, as most of its colleaguescompetitors, is an ongoing work in progress, with its code-base being constantly updated and forked.

This of course is understandable. Afterall, a turing-complete smart contracting platform is quite a different ball game than one that allows you to send value from A to B. However, code stability isn’t the only property that was lost once Blockchain technology was generalized to entertain a decentralized World Computer.

In contrast to Bitcoin, most, if not all smart contracting platforms still suffer from severe childhood diseases. Their applications live in isolated silos, requiring users to install specialized software to engage with them and are very often unstable and unpredictable. Overall it seems that smart contracts can’t departure from the perpetual alpha-state they’re in from almost 4 years now.

Keeping the enormous potential of decentralization in mind, it’s tempting to imagine how the blockchain space would look today, if smart contracting platforms were as stable as the Bitcoin network and accessible to non-coding end consumers. Most of the teams working in the field attempt to achieve this the obvious way, investing enormous resources in trying to whip the convoluted codebase of turing-complete blockchains into submission.

The Qtum Foundation, a non-profit organization dedicated to open the blockchain space up for the legacy business sector, has recently released the framework for its Qtum Blockchain stack. The Qtum stack is basically a Bitcoin Core 0.13 blockchain, on which the so called Account Abstraction Layer is deployed, which allows the bitcoin blockchain to execute smart contracts on Qtum’s version of the Ethereum Virtual Machine (EVM)

To achieve this, Qtum has extended the Bitcoin ‘Script’ language so that it functions as a vehicle to transport code to the EVM. This essentially fools smart contracts, deployed on a bitcoin blockchain, to believe that they live in an Ethereum environment and creates a system that combines the abilities of Ethereum with those of Bitcoin, while staying largely compatible with both ecosystems.

The abilities Ethereum brings to the table in this union are pretty obvious: smart contracts, a turing complete programing language and decentralized applications. Bitcoin’s dowry however consists of much more subtle attributes: the overall stability of its blockchain, compatibility with the entirety of the bitcoin ecosystem (like payment gateways etc), and above all – the Simple Payment Verifications (or SPV) protocol and lite wallets, which allow for many of the crucial features that drove bitcoin mainstream.

Lite wallets are what allows you to have a bitcoin wallet on your mobile phone without having to download the 100-something Gigabyte bitcoin blockchain to your 64GB iPhone. With this it would be possible to execute smart contract and dApps on mobile phones or tablets, just as Bitcoin apps live there happily today. Additionally, the average Joe could use decentralized applications on all of his devices, without having to run an entire ethereum node, with all the storage and bandwidth requirements this entails.

Bitcoin is by all means the pioneer-system of the blockchain industry. Its position in the market is the gold standard for success for almost all new startups in the space. If Qtum indeed succeeds in its mission, allowing Bitcoin to excel in the one single feature it by definition lacked up until now – meaing smart contracting – we undoubtedly can expect a milestone-moment in the development of decentralized computation.

The Benefits of going Digital with Your Insurance