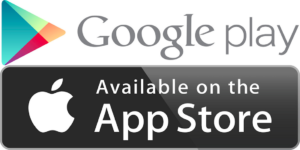 With a combined 4.2 million apps to choose from between the Apple and Android app stores, the marketplace for mobile applications has exponentially become more and more cluttered with competition. According to a study by Statista, mobile app revenues reached $41.1 billion worldwide in 2015 and profits are projected to exceed $101.1 billion by 2020.

The app marketplace clearly has the potential for large profits. However, with millions of apps competing for the same spotlight, there is very little room for apps to gain visibility in the app store. Despite this hostile environment, there are a few key techniques that app developers can strategically employ to navigate the app store clutter in order to boost visibility and potentially increase downloads.

App Store Optimization (ASO) gurus strongly suggest including specific keywords in your app title and description that indicate the purpose or category of the app. The purpose of using keywords is to be easily found when consumers search for relevant terms, and to rank higher than similar apps for these keywords. According to Forrester, 63% of people on the Apple App Store discover new apps through the search feature over any other method. Due to this high popularity of searching, it is essential for app developers to utilize ASO in their app title and description to increase the app’s search rankings and help break through the clutter.

The average price for an app continues to decline each year. This is mostly due to alternative methods of creating revenue such as in-app advertising. Data from Distimo suggests that apps debuting at one price and then discounted to a lower price show huge spikes in downloads. Freemium is also a popular option, in which developers offer a simplistic version of the app for free while also offering a more advanced paid version with better graphics and functionality. The concept is meant to encourage interest and downloads with the free version in which users will enjoy the app so much that they will eventually decide to purchase the premium version.

Reviews help to increase the visibility of an app because apps with higher ratings rank higher than their poorly-rated competitors. Positive reviews are incredibly beneficial to an app; however, negative reviews can be difficult to control and are often detrimental to the total number of downloads. In order to take advantage of reviews, an app should find ways to incentivize happy app users to leave positive reviews while allowing an option for unhappy users to vent their frustrations in a nonpublic way. This may include an option within the app to ask questions and give feedback, a phone number or email for a help center, or any other direct contact option for the dissatisfied to communicate their issues in a way that doesn’t influence other potential users from downloading the application.

There are tons of opportunities to apply for app awards in various categories. Developers and businesses should be actively seeking out these award applications for their apps to be considered. Receiving awards provides a great opportunity for positive press coverage, blog and social media content, and networking opportunities. Awards can also be a pivotal advantage when competing against similarly ranked and reviewed apps.

Despite Apple and Google’s reign over the majority of app downloads, there are other app store options to place your app in. These alternative options have the advantage of a much less cluttered marketplace where apps have more visibility from the start. For example, an app is nearly 7 times more likely to be featured in the Amazon App Store than it is likely to be featured in Google Play. This increase in visibility is especially valuable in markets like China where an app has access to a huge audience.

As with any saturated market, it is important to strategically position your product or service for the best possible visibility. This is especially true when navigating the cluttered app marketplace, where developers and businesses compete against millions of other applications. App owners should utilize ASO to their advantage in order to place their product above competitors when searching for related keywords. Additionally, reviews and rewards increase an app’s ranking while strategic pricing provides a solid foundation for a strong user base. Lastly, it is important for developers to explore all potential stores in which to offer their app in order to secure the best possible visibility.

Author bio: Alexandra Bohigian is the Marketing Coordinator at Enola Labs, a software development company based in Austin, TX.

How to find bad backlinks and remove them from your website