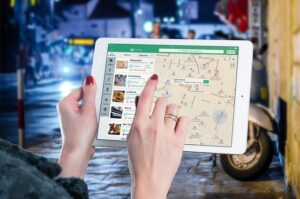 Two second-gen tablets in Apple’s iPad Pros’ upscale product line are soon to hit the market, reportedly in March 2017. As the iPad Pro 2’s two variants are lined up for launch, gadget lovers and iPad enthusiasts from around the world are trying to figure out exactly what the new iPad Pro 2 will present to the world. However, there are several rumors about the yet-to-be-launched iPads, currently making rounds in the industry.

According to experts, total three new iPads will be entering the market in March 2017 and these launches are most likely to stir various tech platforms this year. Among the three, one is rumored to be an entry-level iPad with a 9.7 inch screen, whereas the other two are predicted to be the bigger iPad Pros with 10.5 inch and 12.9 inch screens each.

The entry-level one will possibly replace iPad Air 2 currently available in the market and will possibly be powered by an A9 or A9X processor. Designs of other two are suspected to be derived from that of the second-generation line of tablets.

Moreover, these two are believed to be powered with new A10X processors for the sake of suitability for a few further upgrades. Among the two, the 10.5 inch iPad Pro is likely to have ultrathin bezels, as there no physical button for ‘home’.

The launch of new tablets in the global market is likely to shape the entire market dynamics, according to Future Market Insights. According to a recent study conducted by the company, the current global revenue sales of tablets will possibly expand at a compound annual growth rate of over 20% by 2026 end. Attributed to a sizeable market covered to iOS, Apple will reportedly account for over 45% share of these revenues.

For insights on the possible impact of (Apple’s) iPads on the global tablets market, take a quick look at a recently published report outlook by Future Market Insights, http://www.futuremarketinsights.com/reports/sample/rep-gb-1987

Get Cheap Essay Papers from Buyessay