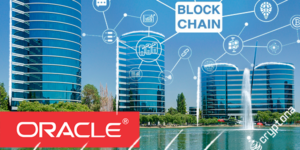 In recent developments, the use of Blockchain, especially Bitcoin has seen adoption by big companies as well as financial institutions. Countries too have not been left behind. Many nations are equally legalising the use of digital currency as the primary replacement of Fiat currency. Nonetheless, other big companies have been rolling out pilot schemes testing on the use of cryptocurrency. On visualising the viability of success, they then adopt the use of preferred digital currency. Oracle’s blockchain platform is slated to be launched into the market mid-July.

Being a key industry player for software and server infrastructure for its customers, Oracle offers customers an opportunity to set up and manage their networks. Moreover, distribute ledgers through technology, at the essential use of cryptocurrencies. It thus brings an opportunity for customers to use novel Blockchain platform to monitor and control supply chains, makes cross-border and peer to peer payments, track global shipments and so much more. Indeed, this new technology will bring so much into the daily operations of Oracle.

There had been predictions that Oracle would roll out Blockchain platform but it has taken too much time than expected. Oracle has had significant pilot programs and platforms for early adoption by its customers. However, in recent months, there have been successive major trials in the use of the new platform. Therefore, after this success trial, Oracle decided to roll out the platform to fruition.

According to Amit Zavery, the Vice President of Oracle’s Cloud Unit verifies that wherever there is a transfer of data, and the flow of information, the Blockchain platform has a potential to thrive. In such operations, the use of digital currency and other Blockchain platforms should develop trust and make things happen and run smoothly. Therefore, Oracle has high chances of meeting more sales and profits after rolling out the use of Bitcoin and Blockchain ultimately.

Other companies have worked with Oracle using Blockchain technology to facilitate their payments. Moreover, Oracle will also use both debit and credit cards in its operations, coupled with common gift cards such as Amazon and iTunes Gift Card. An excellent example of companies working with Oracle is Solar Site Design, which supplies solar energy equipment and supplies. Naturally, the company has been using the platform to provide tamper-proof records. Arab Jordan Investment is another company that is using blockchain to simplify its electronic fund transfer. Thus, if such companies have acquired relative success, then there are high chances that Oracle will equally achieve success.

According to Stefan Rehm, the founder and CEO of Intelipost said that they are figuring out on how they can bring all companies into a common place where they could use Blockchain technology to integrate its data. Moreover, according to him, he believes that Blockchain technology can be used to enhance efficiency and exclusive gains in respective industries.

However, the main problem with the use of Bitcoin and other cryptocurrencies is to bring many key players on board. Generally, figuring the total returns on investment to make each party invest in Blockchain technology.

A Quick Review of Charter Cable Services with Business Perspective