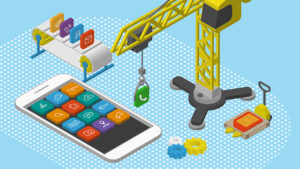 In a world where numbers and computer code both contribute to the construction of a digital reality, software technology has become a crucial subject of concern for all. As software makes life easier by implementing digital solutions to issues of the modern world, it also creates opportunities and risks associated with its procedures and applications. Today, people are racing one another to get an education in software technologies and coding, such as higher education degrees in computer science, special training courses for software programming or PMP Certification programs for project management of all sorts. These opportunities all aim at providing the necessary information and knowhow to their attendees to prepare them for a demanding and rigorous career in the software business. Regardless, this sector demands a further investigation to understand its possibilities not only for those interested in finding jobs in it but also for those who utilize software in their lives along with those who are trying to make sense of the current chaotic state of progress.

Nitin Rakesh for Forbes magazine reports on the future of the digital world and where the software companies are currently standing in designing and implementing it. The author begins his article by stating that “more than 30 billion devices will be connected to the internet by 2020” and that as “these networks generate extensive data that yields insights for private and public institutions,” at the same time “global business systems will see a monumental change in the next 10 to 15 years.” Considering that all such devices utilize specific software to operate, the emergent Information Technologies sector is a massive one, which yields significant opportunities as long as it is properly guided. Rakesh refers to “The Digital Pivot” as the element of connectivity between the physical and digital domain to point out that centuries-old retail companies are in love with their software partners which shows how even the most traditional and old-fashioned types of business are welcoming technological change and progress. As global markets integrate under a single ceiling and various different industries continue to produce similar results with respect to productivity and efficiency, the digital transformation will need to have a universal approach for combining physical realities with emergent opportunities. This is why software needs to be optimized in terms of design and application because there will be very little tolerance with respect to errors as repeated mistakes will cause significant damages to companies, completely reshaping the business markets without adherence to previous myths and beliefs about previous realities.

Mark Hinkle from Citrix Inc., reports for the Wired magazine the prospects of innovation provided by the Open Source system which has made it possible for today’s scientists and engineers to integrate advancements in technology into their projects while enjoying the benefits of a global Open Source culture. Referring to the current research regarding the Higgs boson and the related quantum physics concepts, the author emphasizes the role of Open Source collaboration, which enabled thousands of physicists to contribute to ongoing research to eventually discover key concepts and methods to understand how the particle operates in Nano-space. Hinkle then refers to Linus Torvalds, the developer of the Linux operating system in 1991, which initiated the entire Open Source movement and became the most demanded operating system for 95% of the Top 500 most powerful supercomputers of the world in just two years. Fast forward to only two decades later, 187.4 million Android (a direct derivative of the Linux system) and 1.8 million Linux smartphones were shipped in 2013, which shows that the system took off in multiple fields of modern day electronics technology thanks to its revolutionary approach to system coding and operation. As more software and hardware products embody the approach, the system will become more popular among commercial and personal computer users to integrate entire information networks and systems into a communal/ singular one. As more users contribute to such a system, problems associated with it will be revealed faster and solutions will be produced in a more direct manner, without third-party programs or companies profiting from simple mistakes.

Dave Tucker for the Independent reports on the use of modern software technology to help students with dyslexia to learn more efficiently at schools or elsewhere. The 100,000 students with the disorder in the United Kingdom are currently struggling with heavy workload their respective institutions are imposing on them as such students are frequently confronted with learning disabilities in such stressful scenarios. The first use of helpful software in this regard is the “Text-to-Speech software” which reads the written text to students with dyslexia, such as TextHelp. The software also provides word prediction and dictionary services to help with listening comprehension and is a tremendous source of help for such students. Similarly, “Note-Taking Software” based on audio input, such as Evernote and OneNote, also helps such students with taking notes by converting audio files into written format. The software also provides numerous editing functions, which help the user memorize and reformat the given material with ease. And for the last innovation, the “Speech-to-Text Software,” such as Dragon Naturally Speaking, enables its user to directly transcribe oral input into the written format by paying attention to dictations, stops and pauses and can be used in non-classroom environments as well. Different from the “Note Taking Software”, this technology utilizes sophisticated algorithms to pay attention to details and provides ease of use for editing and transcription of such detailed content. When considering all the given three types of innovation under the scope of constructiveness for human life, in this case students with dyslexia, it is understood that software-based innovation is quite significant in this pursuit, as it enables such individuals to utilize technology to help them with their work and lives in a variety of different ways. This is a capability that would otherwise be considered impossible only a couple of decades ago when regular people could only watch such scenarios in sci-fi movies and TV shows, showing how important software has become for human lives in recent years.

The Link Between Opioid Abuse and Chronic Pain Conditions