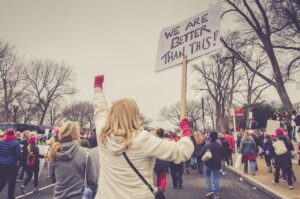 In today’s world, the geo-political situation is the single most driving factor for every other aspect that affects the lives of the general population. Government policies for the advancement of Socio-economic stature of the people, and the regulatory policies on the industries that keep a check on the environmental effects – both play a vital role in charting the course of the lives of our next generation. Hence it is very crucial that countries which are presently suffering from the socio-economic crisis should vote for a change in the political structure so that there could be better decisions taken for the benefit of the people.

As a recent example, Venezuela’s ongoing presidential crisis, where the opposition majority party called “National Assembly”, had declared the then-president Nicolas Maduro’s re-election to be invalid, at the same time appointing Juan Guaido, as the acting President of the country. The country’s economy had been going through a crisis ever since 2010, with hyperinflation and shortages taking centre-stage. However, it remains to be seen that the incumbency war would result in the benefit for the people of Venezuela in the near future.

Such political uncertainty can lead to huge financial losses for investors and businesses. Risk analysis trends have accelerated the protection people are willing to take against anticipated losses as small as even covering a mobile or a multimedia product for insurance . This is why major investors, financial institutions and businesses opt for political risk insurance to make sure such political instability do not affect their empire.

It is a well-known fact the Election campaigns that the parties run to promote their leaders, need good financial support to run the show. It follows the principle “if it is hot, it’s bought”, which generally translates to the fact that one has to remain in the hot charts of publicity–both Negative and Positive, so that the brand of the Elective leader remains in the news for the people to read, almost every day, especially during the election times. This requires a huge amount of donor cash flow to keep the ball rolling. Almost all political parties of the world are funded, either by close business conglomerates or through legit channels of a pure donation from the people who believe in their leader. But this is not without controversies as the channels of funding have taken some ugly routes in recent times.

The recent controversy being the involvement of the Russian Business Tycoon Dmitry Rybolovlev, who apparently owned Salvator Mundi, the infamous painting by Leonardo da Vinci, and then later sold it to a little known Saudi Prince at an auction, for $450 million dollars, which is till-date the largest sum paid for any artwork. However, as the theory goes that the money from the auction, was transferred to an Israeli PR firm that was linked to the presidential campaign of Donald Trump in 2016. This only highlights the grey areas of the highly unregulated Art market and the probability of how the fate of political parties clings on to the proceedings from such channels.

No matter how many conspiracies and controversies surround political parties around their campaigns, the ultimate decision to vote for the betterment of our future lies with us, by the power vested upon us from the Democratic rights of an individual. Hence, it is crucial to choose wisely, for a better future roadmap, for our next generation.

Finding New Markets: What the Pet Product Industry can Show Us