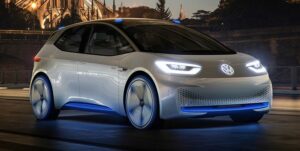 With the appearance of the Tesla we began to see what the future will be like as cars become increasingly both more intelligent and more appliance like. But just as Tesla was ramping up to market so to was the IoT effort to connect pretty much anything connected to power to the internet and problems began to develop. These problems included interoperability, security, command and control, updates and patching, and the realization that users, once again, didn’t want to become systems administrators.

So, cloud efforts like AWS and Azure began to expand their services to provide these capabilities quickly leaving Tesla’s, and every other car maker, more proprietary and limited approaches behind. Yet cars move, lives depend on them, and their need for this kind of capability is far more critical.

This week Microsoft and Volkswagen announced a plan to create their own Automotive Cloud as Volkswagen gets serious about recovering from its diesel mistake and pivots aggressively to catch the next technology wave. This is impressive because most companies would likely hunker down and do cost containment, which is generally a bad idea, as opposed to investing aggressively in the future and just as aggressively putting the mistake behind them.

Let’s explore this a bit.

Dealing With A Catastrophic Mistake

I learned this when I worked at IBM during the time IBM screwed up badly and nearly went under. Yes, it did have to do some cost cutting and adjustment, but Louis Gerstner moved aggressively to recover the brand, restore confidence in the products, and point the company to the future. The result was that the mainframe reversed its decline, the firm did recover, and currently Ginni Rometty has finished the transformation of IBM into a very different company

So too has Satya Nadella pivoted Microsoft after Steve Ballmer’s stumbles flipping the company from a firm that seemed out of date and out of touch to one that is, once again, a huge power in the industry. Both firms now have very different business models based increasingly on Cloud services and products that look forward far more aggressively than they look backwards with people often commenting that critical parts of the firms are vibrant and more like startups again.

This is how you recover from a mistake, you don’t hunker down, you pull up your big boy pants, step out, and even more aggressively point the company toward a future where it can again lead and be successful.

This is the example that Volkswagen appears to be following. They are aggressively moving to electric and autonomous cars and, just like IBM and Microsoft, moving to the cloud picking Microsoft as their partner to make their chosen future happen.

As noted above electric cars are like IoT appliances they tend to get updates, patches, and new features over the air and since they have vastly fewer moving parts and are far more reliable, they don’t need to be repaired in a dealer as often. However, this increased connectivity comes with security problems and were these cars hacked they might not just break, they might be turned into weapons. The only difference between cars and other IoT appliances is that your washing machine probably can’t be made to run you down or crash into something. So, the need to provide timely updates and aggressively secure them is even more critical. In addition, as cars get more intelligent their successful use will increasingly depend on them learning from each other, and from their virtual peers in simulation.

This way if one car makes a mistake Machine Learning can kick in and make sure no other car on the same network will make the same mistake. The quality of future cars may, as a result, depend more on their network than any of the more traditional factors because the network will be what assures the entire line. And, if there is a problem discovered in one car, that problem can be tested for and eliminated in all others automatically without the typical real time testing and discovery so recalls both become timelier and less necessary.

Wrapping Up: Volkswagen Pointing To The Future

Volkswagen made a mistake, companies are run by people and this happens, but instead of taking the more traditional and flawed approach and hunkering down they are following best practice and even more aggressively racing to lead their industry into the future. This is a bold move and the fact they picked another company who has also recently done something similar was a critical step because it shows they aren’t learning by doing but from others that have already done this. That should both speed and increase the quality of their effort and make it even more likely that you and I may be driving a Volkswagen, or more accurately, one may be driving us in the future.

Can Macron’s Startup Nation Compete on a Global Scale?