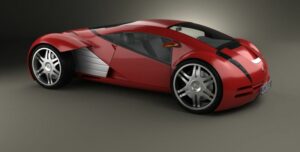 Intel announced they would be building 100 cars to showcase their level 4 self-driving car prowess. I’ve been an advocate of technology vendors like Intel and NVIDIA building their own cars because the technology must change car designs rapidly if level 4 and 5 cars are to be viable on the road quickly. And, buyers are still a bit undecided when it comes to giving up driving, so it is important desire for these cars starts growing so the result isn’t like the first use of voice in a car, rather than embracing it, folks run from it. Assuring people want autonomous cars will go a long way towards rapidly growing the resulting market and we aren’t there yet.

Let me explain why it is important that Intel not only build its own cars but make them desirable.

If you look at the first cars they pretty much looked like buggies without horses. Now buggies were designed to be very high because riders realized that having horse exhaust in their faces was relatively undesirable particularly if the horse was having digestive issues. Over time car makers caught on that you didn’t have the same issues with engines and cars got lower and more stable as a result. Right now, car designs revolve around the concept of a gas engine driven by a human to priority is given to engine cooling, placing the engine ideally at the front of the car where the cool air is, and driver visibility.

But as we move to electric cars and autonomous driving it isn’t the motors that need cooling it is the batteries and the need for the driver to see falls off against the need for the car’s computer to see given it will be increasingly the primary system assuring the vehicle’s safety.

This suggests that vehicle design will again evolve much like it did when we moved from horses but given this will be more about safety than the lack of horse flatulence it will be in everyone’s best interest if that evolution happens far more quickly this time.

But we need a stronger sense of what the end design will be and buyers will have to be brought around to wanting that design otherwise both relative safety and autonomous/electric car growth will be sub-optimal.

Now we’ve basically had three types of car testing on the road up till now. We have had folks put the technology on existing SUVs and Van’s making the cars look like they were partially taken over by the Borg Collective or someone who had a deep desire to make cars ugly. We’ve had the Google cars which look like a bad cross between a Volkswagen Beatle and a yo-yo and were created by someone that had never actually seen a car before, and we’ve had the Tesla efforts (which have been somewhat mirrored by other car companies like Audi) which took an attractive car and tried hard not to make the car undesirable.

The result has been a combination of cars that no one in their right minds would likely buy and cars that didn’t really look very different; with preference for the last group. None of these approaches built demand for the technology, in fact two of the three likely scared potential buyers away from it.

Now, to be clear, eventually the end game is to basically turn cars into rolling elevators you rent on demand much like you use Uber now and, when we get there, making the things attractive won’t be a high priority any more than making any other form of general transportation is today.

But to get there we need to convince a critical mass of existing car owners to want this new class of cars and making them butt ugly won’t get us there.

By building their own cars Intel not only can focus the design on optimizing for their technology they can make the cars uniquely attractive, much like Toyota does with some of their advanced prototypes. If they can make potential car buyers want the cars then the car OEMs will take notice and maybe build them, and given the designs are optimized for Intel, that should give the firm a much-needed boost in a market that is currently largely dominated by NVIDIA.

Suddenly it becomes less about the technology and more about the overall experience, including the appearance of the car, and for autonomous and electric cars to be widely successful that’s still a bridge we need to cross and one that is largely being ignored now.

This car fleet would be one of the ways to break that NVIDIA dominance. Granted NVIDIA could then do the same thing and NVIDIA’s CEO is a bit of a car guy so I’d expect that. This would result in competing concepts and competition often drives advancement far more quickly. This competition between NVIDIA and Intel could not only get us to a viable level 5 solution more quickly, it could also get us to advanced designs people want to buy more quickly as well and that would potentially prime the market for the eventual arrival of level 5 autonomous cars.

I think any major company hoping to corner the market on any car technology should build their own car showcase. Corning did it for CES to showcase Gorilla Glass windows which I’m still hoping to eventually buy for my cars as I’m sick of replacing the damn things. Panasonic has built their own car showcases for batteries and in-car entertainment, and the car companies are famous for exploring amazing ideas that sadly often don’t make it into cars. But when they do, like what happened with my old Infinity FX, the result can be incredibly powerful.

Intel is making a big move to fielding their own cars, if they are successful, we’ll lust for the result and that’ll will potentially supercharge adoption. We’ll see if Intel steps up, but I expect I’ll be looking forward to riding in one of the first Intel level 4 autonomous cars.

I can even suggest a company that could get Intel or NVIDIA on the road quickly with their new compelling prototypes called the Car Factory. They already sell a car of the future.

6 Easy Ways to Stick With Your Fitness Goals This Summer