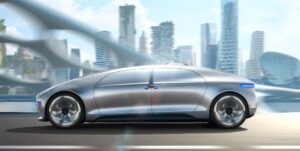 As a fan of Star Wars, I now realize that our generation is slowly catching up to the kind of technology presented in the films. Life on another planet will soon be feasible, robots are taking over jobs meant for mankind, and gadgets are getting slicker and slimmer after every update. Cars are no exception. Just look at Tesla’s most recent models– they appear to have no door handle (don’t worry, they’re retractable). They were among the first manufacturers of cars with an autopilot feature.

Before we advance to flying cars though, let’s give driverless vehicles a chance.

Keeping Up with the Car Courses

Google’s self-driving technology, Waymo, short for a new way forward in mobility, has been given permission to test drive their driverless model. In their ad, they even have a visually impaired passenger-driver embark on the ride to make it even more convincing. Other car manufacturers like Tesla, BMW, Apple (surprisingly), Ford, Volvo, GM, Honda and even Volkswagen have also been given approval to test their self-driving cars in California.

From the outside, they look just like any vehicle, with the same basic parts. What noticeably sets them apart is the physique and size, with self-driving cars being more compact in dimension compared to regular automobiles.

Cars that drive themselves also have components a normal vehicle doesn’t, like a lidar unit that uses laser beams to capture the car’s surroundings at a 360 degree angle. These lidar sensors also have the task of detecting road lane markings.

Cameras detect traffic lights, signs, and moving objects. There are radar sensors to measure the distance of the car from obstacles and a main computer (located in the trunk).

Externally, they probably require the same amount of tender loving maintenance and cleaning.

From Convenience to Laziness

Self-driving cars were invented to provide more convenience to our lives, but if used for the wrong reasons, it can appear as if we’ve given in to laziness. Admit it; you’ve considered watching Netflix while commuting. Even though they’re fully automated, we shouldn’t fully rely on them to do the entire road controlling for us.

Unlike Google’s model, which has no steering wheel present (“get where you want to go at the push of a button”), I’d feel more comfortable if the self-driving car I ride (drive?) had one, just in case I felt like being my own driver. For some of us, driving is the most workout our arms get, so we’d appreciate it if you didn’t take away that opportunity to squeeze in some arm calisthenics.

Total reliance on these self-driving vehicles can be dangerous. Like anything man-made, it can malfunction and even cause an accident; even technology fails and glitches despite near-perfect assembly. The Center for Disease Control reported that roughly 30,000 fatalities from traffic incidents happen on an annual basis.

Despite the reassurance that self-driving cars are all sorts of trustworthy, we all have different comfort zones. No matter the advancements, some of us still prefer vintage cars over state-of-the-art models.

First, make sure you can even afford a normal car, or know how one works, before hopping on this futuristic trend. They can be quite expensive, however, if you have the funds for a self-driving car, indulge yourself.

As for me, I think I’m better off trying out electric cars first.