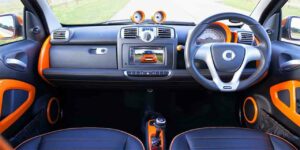 We’ve been enhancing car’s safety for some time only to find that we may have made cars less safe.  AAA just recently released a warning that current Level 2 and 2+ technologies are resulting in accidents because drivers are using them like they were Level 4 systems. The technology we can buy isn’t at that level yet.

Qualcomm this week showcased that the future improvements that will advance the automobile up to and past Level 4 (Level 5 is the goal, but there is some doubt that even when manufacturers get to Level 5, they will feel comfortable taking the driver completely out of the loop for liability reasons).

Here is what is coming, and it should address the safety concerns, assuming effective implementation, that the AAA reported.

One of the significant improvements is the ability for vehicles to talk to each other.  This capability isn’t just coming to cars but includes busses, trams, and potentially even trains.  When the vehicles can communicate, they not only can share traffic information but report that they are having difficulty, road and weather hazards, and project spacial conflicts (when two vehicles attempt to occupy the same space at the same time) before they happen.  We call those crashes, and the primary point of these advancements is to avoid them.

Core to their vision is the 5G technology rolling out in the market, which provides enough bandwidth to provide rich information but vehicle to vehicle and vehicle to the internet (central control like what Tesla has already deployed).  The latter provided telemetry on how the vehicle is running helps anticipate and avoid breakdowns. It captures information on an accident that not only can help determine fault but feed into car development to make future cars safer.

Now the technology for the vehicle to vehicle connectivity is called V2X, and it is a side-link between vehicles and anything else enabled to communicate with it.  It promises an ability for the cars on the road to act, and react, collectively to reduce traffic, and avoid accidents.  The example they used was a car looking to enter an intersection, rather than just relying upon sight, the car would potentially query cars in its vicinity, determine which are approaching and might lead to a conflict, and then act based on that information.  In this case, a car approaching at speed but not yet in sight would be made aware of a potential conflict.  The cars would then collaboratively determine (likely based on right-of-way rules) which vehicle had priority and the risk of pulling in front of an oncoming vehicle causing a drastic vehicle correction or even an accident.

Now what could be particularly useful is the ability for the car to talk to a train or bus.  Bus accidents are common, and cars are hit on tracks with deadly outcomes far too often.  Both vehicle types take some distance to slow down, and buses (and large trucks) are at higher risk of weather events like high winds.  This communication capability could warn bus and truck drivers of a fast-approaching wind that could flip the vehicle and warn a train miles out that there is a car stalled on the track, long before the engineer sees the obstruction, increasing the likelihood of them stopping in time.

Now, this ranges from driver assistance to entertainment.  One of the features we should talk about more is driver monitoring.  This monitoring can identify and alert if a driver is operating under the influence, having trouble staying awake, having a medical event, or distracted and unlikely to see an oncoming hazard.

Most accidents are at least partially connected to driver issues. If you can enhance the driver, so they are made aware of threats they don’t see or are prevented from making judgment errors due to health or substance abuse causes, you can dramatically reduce the chance of a life-changing (and not in a right way) accident.

Even current entertainment systems can, themselves, be a distraction, as drivers mess with them and take their eyes off the road.  These future cars will be able to determine that the driver is distracted and both alert on the distraction and potentially take autonomous corrective action to avoid a potential accident.  But they could also restrict capabilities that will be available when and if the car is operating autonomously vs. those available when the driver is in control to reduce the chance of this distraction and again help avoid that next accident.

Toyota, a few years back, came up with two concepts for autonomous vehicles.  One was chauffeur, and the other was Guardian Angel.  Chauffeur is what most of us think about when we think of autonomous vehicles, and surveys have indicated that people don’t even want the option of having to take control if the system fails as it gives them anxiety.  I can see why you could be sleeping, reading a book, eating, or watching a movie when the car sends out an alarm, and suddenly you have to deal with an issue that the car, with its massive computing power and light speed reactions, couldn’t handle.  I don’t think that is ever going to end well, and the industry appears to have come to that same conclusion.

But Guardian Angel is more interesting.  You still have the opportunity to drive, but the system steps in when you drive beyond the car’s limits or are in an unsafe situation.  Say, for instance, the car sees you going into a corner too fast (like what happened on my neighbor’s property when an older woman took a 20 MPH corner at 70 MPH), the car would take over and slow your speed, so the accident never happened.  (The driver in that case nearly died and ended up totaling her car).

In the end, we are on a path to where either the car handles driving for us or makes us feel like we are driving with a much higher potential degree of safety.  The experience is likely closer to the cars at Disneyland that runs on tracks (without the tracks).  Given how many die in car accidents every year (put in perspective that is more than the COVID-19 total deaths and they happen every year), here is hoping the technology arrives before you, and I need it.