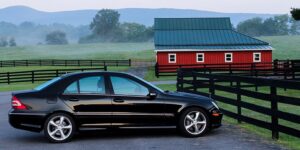 In its most basic form, gap insurance is there to cover any difference – or gap – between the price you paid for a car and the amount of money an insurance company would pay out if it was written off or stolen. Aimed more forcefully at those who’re on finance deals rather than those who’ve bought with cash outright, it can be a one-off payment that helps you recoup the full value of your vehicle should worse come to worse, rather than suffer at the hands of depreciation.

While it may be hard to hear, it remains true that a brand-new car drops a third of its value the second it is driven off the showroom floor. Knowing that insurance companies will only provide policies that pay out the worth of a car at the time of the claim, ensuring that they never have to cover the full value of the car as new. Especially difficult when it comes to replacing a car, gap insurance could make life easier, and allow you to find a new vehicle of a similar quality and cost as the one you’re having to substitute.

Usually costing a few hundred pounds for a multi-year policy, gap insurance exists is to combat depreciation. While different cars and models will lose and maintain their value at vastly different rates – rarer models or cars so popular that demand outstrips supply perform the best where this is concerned – the vast majority of vehicles on the road will be losing significant value, through no fault whatsoever of the owner. New cars lose value the fastest, so gap insurance does tend to be most useful where they are concerned, but it can be taken out against older models should you wish.

There are a few things to be aware of, however, as gap insurance does come with some stipulations. The most important, perhaps, is that it is only paid out if your car insurance policy is fully comprehensive, so that should be taken into account from the outset. Occasionally something that dealers will attempt to include within a sales package to customers that won’t benefit from it directly, it does have a poorer reputation that it may deserve, but as long as you’re aware of whether or not it will serve a purpose for your exact needs, that shouldn’t be a problem.

In short, should you be interested in a brand new vehicle or are in the debt of a car finance company, gap insurance should be a serious consideration – in other cases, you need to assess your own situation and decide just how much of an advantage it would be.

Things you need to run a business from home

The Biology of Buff — How Supplements Affect You