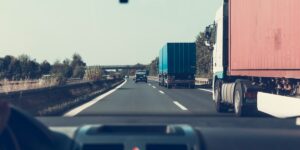 We put the popular truck company to the test..which ones will make it?

Scania is a truck manufacturer that has definitely made its name in the hall of fame. Sold in over a hundred countries worldwide, they have never failed to disappoint in the truck department. Scania is Australia’s pride and since its global venture, has become one the most popular truck brands in the past decade. So, regardless of our personal opinions, here are seven of the best Scania trucks of all time. These models are in no particular order as such. Sit back as we review all of these amazing vehicles one by one.

The P380 is a unique truck. Often considered as an all-round performer, it hardly disappoints. When it comes to the manual labor, it is one of the best trucks out there. However, it isn’t so regarding the looks. It’s not that important but the design of the P380 is not the most attractive. A review from one user states that it is one amazing piece of machinery. We don’t disagree! Coming back to the design, the U-shaped grill is quite prominent, but it lags behind compared to the modern designs we see usually.

Available in two awesome versions- rigid and prime mover, the P320 is one of Scania’s secret best trucks. The best feature of the truck is its extremely comfortable seats which are sealed with springs and airbags. So, you’ll be sure to have a nice ride on the way to and from shifts. The P series was to smoothen out the different aerodynamics of cabover trucks in general. It is kind of odd though that an urban truck does not have cup holders. Regardless, it is the perfect truck for multi-tasking in urban locations.

The Scania R 480 is an excellent vehicle that will right into a small budget. Perfect for beginner-haulers or movers, the truck has also been a part of Australia’s transport sector for the longest time. So, it is definitely on the more popular side of the list at least in Australia. Coming to the features of the truck, do not be mistaken for its size. Although it may appear huge, its edges are well-rounded and can be considered a ‘soft-giant.’ The R series from Scania definitely falls more towards the premium side and the 480 doesn’t lack in that at all.

In 2012, Scania decided to cater to the local market and create the magnificent 420 in the P series. This truck is available in various sizes of cabovers and even has sleeping options. Thats already a sign for a keeper folks! The driving atmosphere with this truck is extremely quiet, even on the outside. The P420 also has great skill to maneuver through city traffic and roads.

The 560 is without a doubt the hero of the R-series. This series has produced some amazing vehicles for those faced with long distance drives. In fact, the six-cylinder edition of the truck is already known to carry trailers on interstate roads. Not a lot of prime movers are able to perform this task. Although some people hesitate with the 560 dues to its small fuel capacity, it’s still worth a shot with its other features.

Unlike the R560, it’s not the ultimate choice for the long-distance truck driver. However, the G440 does have its plus points. It is definitely a city truck with some exceptions in countryside areas as well. What we mean is, its efficient for most places. Available with a 6×2 configuration, it provides a driver with most of the technical support he needs.

With SCR configuration like the R730 (which didn’t make it to the list, oops), the R620 runs a 16-litre V8. The gear and other technical features are easy to operate and do not give the driver a hard time. Overall, it is a great truck and not many can deny that. You may even start denying any of its negative points in the future.

The art of management: people, places and machines