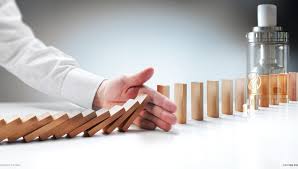 There is currently a trend among young people that needs tackling as soon as possible. The rise of vaping is seen as one of the threats that we as a society face today. Many places have now established or are trying to establish vaping prevention programs to avoid further spread of an unhealthy hobby.

These programs are mainly targeted towards younger people and are usually introduced in schools first. Due to being more susceptible to addictive behaviours, teens are especially in danger of falling into a vicious cycle with the e-cigarettes. Schools are finding it hard to control the situation as evidenced by the rising influence of vaping culture. They often ask assistance from parents and school boards to allow for laws that could curb the rising epidemic. This includes banning all forms of vaping in school ground to try to stop its spread. There can only be so much, however, that these policies can do to stop what kids are doing. The problem has to be addressed from the root and find out exactly what makes the students start vaping in the first place.

What we can do about it

There are many vaping prevention program approaches that can be employed by schools or as a community. Many of the options are geared towards education to stop kids from being too curious about e-cigarettes. There is a case for setting up peer-to-peer education program which would entail forming partnerships whose main objective is to inform people about the dangers of vaping. It could be argued that such a method would be more effective as the message becomes more personal coming from a peer. Another possible strategy is to re-imagine the way students are punished when caught in the act in schools. Suspensions and detentions are normally effective among first time offenders but as they become braver, these sorts of punishments may become less and less of a potent deterrent. And finally, there should be an information web set up among adults in the community to enable sharing of knowledge especially for those parents who struggle to keep their children away from the habit.

Peer to peer education programs are one of the more effective ways in dealing with any form of popular bad behavior among younger people. Due to the kids at these ages having an urge to rebel, it might be wise to let people who can claim to be facing the same struggles as them to try to convince them about the dangers of the hot new trend that they are starting to be curious about. Those who volunteer to be the teachers in these program also gain the benefit of improving their communication skills while earning merit as they apply for their next schools or jobs.

Customized school intervention programs especially designed to alter specific behaviours can be employed for those who act against the policies set by the school. As mentioned earlier, suspensions tend to not work if without an attempt to change the student’s behaviour. They have been unfortunately not able to persuade kids from picking up the habits. In school intervention programs, the time that the offender supposedly will be spent on detention will be spent on a dialogue among his/her peers of lecturers. Here they will learn how to assess themselves in relation to how they started vaping. As peer pressure is the number one culprit in cases like these, it is also important to teach kids how to say no. They often fear alienating themselves from their group of friends and thus it is important that they not be be socially undermined should they stop the habit. To make the point come across, the intervention programs should emphasize the dangers of e-cigarettes. They should list all the harm that could be done to the body and citing real life example of the consequences brought upon by the habit. In the internet age, it will also be a challenge to keep the kids from challenging the facts that you have presented them. This means that intervention programs should also be focusing on how to teach kids about which sources of information are reliable and which are not.

Community education should be the hallmark of anything that has to do with young people in the community. Families are the first learning circle that these kids have and thus education about the dangers of the latest fads should always begin at home.

While vaping prevention programs can do so much to help a struggling community from vaping or any other addictive behaviour that maybe plaguing the young people. It can still fall short if not for writing policies that will impact the industry. As an example, the tobacco industry regulation has come a long way from when it was accepted for every person, young and old to happily light up tobacco cigarette sticks. From then on, fortunately, laws have been written to discourage people from taking up the habit and by making people stop. These laws include the plain packaging or the warning signs that are written in the cigarette boxes. These products have also been taxed heavily to price out more people.

Vaping however is still new and is understandably still not as regulated as we might have hoped. This should change as soon as possible as it forms all the ingredients of another legal addictive health hazard as potent as cocaine or heroin. And because the flavors of the e-cigarettes have a far broader range than the traditional tobacco cigarettes, young people are especially quick to fall into the habit.

What we can do as a community is to continue to write our congressmen so they can pass laws that will regulate vaping industry with the same zeal that the institutions have imposed on the tobacco cigarettes.

It is never easy to deal with a trend that is as quick to spread and as addictive as vaping. But it is not impossible to do so with a little compassion for the kids and a lot of effort.

7 Best Scania Trucks of All Time

How to Resolve Common Meeting Problems with Conference Calling