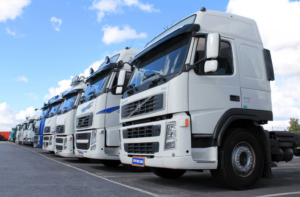 Being one of the biggest truck manufacturers takes years of solid experience in the market. As this industry is not an easy one to meddle with. There are a lot of companies that produce trucks, however, the ones mentioned in this list stand out for one particular reason- they have maintained their status constantly and have worked hard to bring about a change in the trucking industry. Eager to find out if your favorite manufacturer made it? Let’s find out in no specific order whatsoever.

The Daimler group, previously known as Daimler Chrysler, is a German company that has reached international heights and most definitely deserves to be on this list. It is a top-class truck manufacturing company that also produces the same for many other side companies such as, Mercedes Benz, Sterling Trucks, Western Star, Freightliner, Mitsubishi Fuso, as well as BharatBenz. Daimler was especially popular in the year 2010 after it gave off tough competition for its contender, Isuzu. The company not only takes responsibility for making the best quality trucks but also cars for the above-mentioned partner companies. Next time you see the popular Mercedes Benz Actros, you will know who’s behind its success.

Standing for Industrial Vehicles Corporation, Iveco is among the top truck manufacturers of the world. Growing immensely, Iveco has sold over 134,000 trucks worldwide. It is a European based company, having stemmed from Italy. A bigger CNH Industrial NV owns Iveco which is one form the Netherlands and is responsible for its parts and trucks itself. When it comes to the European market, Iveco seems to hold about 11% of the share.

Previously known as MAN Nutzfahrzeuge, this manufacturer has more than just a long name. Did you know that it is the largest subordinate of MAN SE? This basically means that its part of a larger corporation. However, on its own, it has made quite a lot of accomplishments. A particular one being that MAN is known for being among the leading providers of commercial vehicles, that too, on the international front. No wonder it’s one of the most demanded truck manufacturers out there.

With over 313,000 trucks sold and counting, it’s no surprise that Navistar is on this list of the biggest truck manufacturers on the globe. Being a Fortune 500 company, Navistar is known for making trucks for commercial and military purposes on the international front. It also makes diesel transportation vehicles on the IC name as well. Everyone loves a manufacturer that can do it all at the same time which is why it deserves a place among the best of the best truck makers out there.

Another Fortune 500 company, PACCAR is a great truck manufacturer that carries out production through Peterbilt, Kenworth, and DAF which are huge names on themselves. PACCAR has a larger market share percentage in the US which explains the success of the company in that target market. The manufacturer also provides customers with design and lightweight manufacturing involvement which makes it a market-friendly company.

You might already be familiar with Scania as it is a renowned name in the truck industry. It a proud subordinate of the famous Volkswagen AG. Scania is truly reaching Global heights with offices everywhere from France to even India and Argentina. The manufacturer is mostly known for focusing on fuel-saving trucks and has gained major praise for its V8 gas engine that eats up about 10 % less fuel than other trucks.

We have yet again a European manufacturer for the last one on our list. We’re seeing a sequence here too, but we can’t help it, there’s something about these European truck companies. The Volvo group is well-known of course and makes trucks under many other famous names like Renault and Eicher. In the year 2016, Volvo saw a huge point of about 300, 00 trucks sold all across the European front and by 2017, they had sold over 190, 000 trucks which is impressive on its own.

There you have it, our picks of seven biggest truck manufacturers around the globe. Which one is your favorite? Although there are so many companies out there who have worked hard to make their place, the above ones are at the top for all the right reasons.

What is Tartar and how do you control it?

The Effect of a Recall on a Defective Product Injury Claim