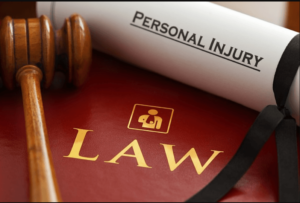 Do you remember the informal product recall by Samsung of its Galaxy Note 7 due to a defect in the battery which was causing the phone to explode? Samsung had to replace all the affected phones, but the problem did not stop there as there were incidents of the replacement phones catching fire. Samsung had to recall all the Galaxy Note 7 and permanently cease production of the device. They went a step further by introducing software on the existing phones to eliminate their ability to work by restricting the battery capacity and blocking its connectivity to any network.

Another similar case which we saw a few years back was by the car manufacturing company Toyota Motor Corp. Toyota had to recall around 8 million of the defective vehicles worldwide because of the issue of unintended acceleration caused by floor mats, sticky gas pedals, and brake problems. 89 people lost their lives and the Japanese automaker had to pay a fine of 16.4 million along with incurring hundreds of individual federal lawsuits.

Manufacturers frequently recall defective products either in an informal way or prompted by the government.

How is a Product Recalled?

As soon as a manufacturer becomes aware of a defective and potentially dangerous product on its own or because of a government agency such as the Consumer Product Safety Commission (CPSC) or Food and Drug Administration (FDA), the manufacturer issues a recall. If the manufacturer does not voluntarily recall the defective product, then CPSC or FDA may recall it by sending a notice to all the sellers and distributors. The recall issue will also be placed in journals and media to reach out to the maximum number of product users and warn them about the danger of the product and replacement procedure.

Does a Recall Automatically Make a Manufacturer Liable?

A product recall issued by the manufacturer can be used in the court as the proof of a defective product but that does not make the manufacturer liable till your attorney can successfully establish that the defective product has caused certain injuries. A product recall can help in establishing the defect, but additional evidence needs to be produced in the court to justify your case in a civil lawsuit.

Other courts do not allow a recall to be submitted as evidence to avoid prejudice by this information if the jury found out.

Does a Recall Automatically Get a Manufacturer Off the Hook?

On the other hand, a recall does not mean that a manufacturer is off the hook if a claim is filed against it, till the manufacturer can prove that the plaintiff received the recall notice which had adequate warnings about the dangers of the product.

How to Claim a Defective Product Injury from the Manufacturer?

If a person is injured by a product, the plaintiff can sue the manufacturer or the distributor of the product. The case can be filed based on the fact that the defective design of the product caused injury. If the manufacturer failed to warn the individual consumer about the danger of the product causing the injury, the plaintiff can sue for financial losses incurred and the physical harm as well. It is advisable to hire an experienced law firm like Hastings Law Firm which focuses on personal injuries as well as medical malpractice to increase your chances of succeeding in the lawsuits.

7 Biggest Truck Manufacturers In The World

Everything You Need to Know About Cryptocurrency Taxes