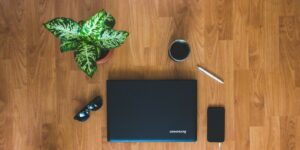 Lenovo has been a bit of a merger mess for much of the last two decades. Lenovo’s merger with IBM PC company was an example of best practices, but it was followed by two merger disasters that had as much to do with unique problems with the IBM x86 server division and Motorola as it did with Lenovo’s use of a common practice that more generally fails, but where Lenovo may not have had a good alternative choice.

Let’s talk this week about how Lenovo got messed up doing a series of mergers but is now emerging stronger because of its approach to solving the related problems.

The cause of Lenovo’s merger problems

When Lenovo merged with the IBM PC company, it generally followed IBM’s practice of the time which was one of, if not the best, merger processes. The strategy was to leave the acquired property alone pretty much until it was well known enough to make critical changes. There were issues like turf conflicts with existing Lenovo businesses and a lack of strong coordination between the old and new parts of Lenovo that the company struggled with, but that isn’t uncommon.

While the later Dell merger process proved to be better (that process both starts earlier and focuses more tightly on the initial identification and preservation of existing core assets), at the time of Lenovo’s merger, the Dell process hadn’t been developed yet.

Then Lenovo acquired Motorola and attempted a similar process but, unlike the IBM PC company, Motorola was not well run. It had been in trouble prior to Google acquiring it, and Google had so mismanaged the company it was arguably non-viable. When buying a non-viable entity, the “leave it alone” approach doesn’t work. A better approach is to immediately fold operational responsibility into existing working groups, have the acquired employees’ interview for positions in Lenovo, and collapse the failed company quickly into the better operating parent while still identifying and preserving key assets like intellectual property, the brand and any critical human assets. In this case, following the prior process backfired on Lenovo. Maintaining the non-viable company became a drag on the parent company.

Then Lenovo acquired IBM’s x86 server division, but, unlike the IBM PC company, it was not viable. It lacked the infrastructure needed to stand alone. Lenovo tried the “leave it alone” approach again, but, again, because it wasn’t viable they moved to integrate but adding a sick division to a company already struggling with another acquisition just wasn’t working. The result was two businesses that pulled resources instead of contributing to Lenovo’s bottom line.

Here’s where it gets interesting and reminds me of a story my father told me years ago. He was flying his private plane onto a military base on a foggy night when he got into an inverted spin he couldn’t pull out of. So, he put the plane into a nose-down spin that he could pull out of before he crashed. Given I hadn’t been conceived yet, his quick thinking arguably saved both of our lives.

In effect, Lenovo performed a similar maneuver. Rather than trying to continue to integrate the units, it kept them separate and focused on turning them into viable entities. Lenovo knew how to merge viable entities because it did it before with the IBM’s PC company and thus was able to use a process it was now arguably good at to fix the problems. Because now it’s merging the two viable entities into one company to create a more integrated and synergistic One Lenovo.  Lenovo’s finances have improved substantially, and once it removes the unneeded redundancies, its financial success should improve significantly and, given it’s done this before, success on this last part is all but certain. However, I ran a merger clean-up team at IBM and even with lot of resources and experience, they can still go sideways.

Wrapping up: One Lenovo

Lenovo already has one unique global advantage: It’s the only company that can equally operate in China and the U.S. because not only is its executive team multi-national, so is the company. All other multi-national tech companies reside in either the U.S. or China. Lenovo has a big footprint in both countries and presents as the only tech world company as opposed to being U.S. or Chinese. This also makes Lenovo a unique partner for Chinese companies wanting to successfully penetrate the U.S. market and U.S. companies wanting to penetrate China. And both the organizational model and the strategic use of mergers in the country where it was initially weak stand as best practices for any other company wishing to do the same.

I’ll still argue that Dell’s merger process for viable companies is the best in the world, Lenovo’s executive decision to recognize its mistake and, rather than cover it up, learn from it and fix the underlying problems, stands as a best practice for general management with broad applicability not only for mergers but day-to-day operations. Sadly, that approach is also unique because most companies would rather hide from their mistakes than identify and correct them. Lenovo’s far more adult approach stands in sharp contrast to that foolishness and is a credit to its CEO, Yang Yuanqing, who has proven to be one of the most astute company leaders in any segment.

A lot of other companies could learn from Lenovo in this regard as it reflects an impressively well-thought-out approach to problem-solving with executive leadership.