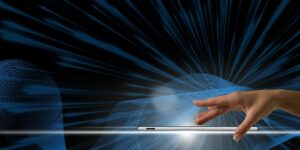 NVIDIA is arguably the technology leader in AI development largely because it started early, created a rich development ecosystem which included heavy simulation, and then bracketed the market with hardware that ranges from what you could put into drones, to the more intelligent cloud implementations.

AI’s big problem to date hasn’t been the hardware or base software, it has been the cost of training each AI due to the specific tasks the AI was purchased to do. Unlike a typical computer system where everything is packaged for quick deployment, AIs require a tremendous amount of work to assure they perform as expected. When AI projects fail, it’s mostly because of huge, unanticipated costs associated with their training.

To address this problem, this month NVIDIA released its TAO Toolkit, which appears to significantly cut the cost and time connected to training an AI and thus making it more likely that AIs that are developed using this tool will be successful.

Let’s chat about the NVIDIA Tao Toolkit this week.

The magic of NVIDIA’s Tao Toolkit

In a nutshell, what this toolkit provides is a version of the NVIDIA TAO framework that is low-code and pre-trained models that can be adapted with your data, avoiding much of the need for AI expertise or those huge datasets.

This approach isn’t dissimilar to how productivity tools evolved. First, you had to create everything from scratch. Then tools came with templates that allowed you to skip the repetitive basics and just work to enhance and personalize the models provided by the tool.

Focused largely on computer vision and speech capabilities, TAO Toolkit is designed to streamline data collection and the annotating process by providing pre-built models much like productivity tools in the past provided templates.

NVIDIA claims there is up to a 4x improvement in inference performance using this tool, and since 20% changes are significant enough to be material in most computing systems, 400% should be particularly impressive.

A growing number of companies are using the TAO Toolkit to create better, faster, and cheaper AIs and it is atypical for those three qualities to come together in a new package.

One of the examples of these customers is One Cup AI, a firm that has created an AI for cattle ranches. Ranches can lose cattle due to starvation which occurs when cattle are pushed away from the feed by other aggressive cattle, or for a variety of other correctible reasons. The starving cows often aren’t identified until they die or are too weak to save.

Betsy is the name of the AI One Cup AI has created. It tracks several physical disease indicators which include both the behavior (coughing etc.) and movement of an animal which can indicate problems both physical (limping), and mental (depression).  Yes, cows get depressed and will stop eating. By identifying these problems early, the cost of treatment is reduced and the likelihood of saving the cow increases.

Betsy is kind of like what Facebook should be for people, only it’s for cows. What I mean is that it looks at the cow’s behavior over time and whether it is socializing enough, taking care of the calves (ensuring feeding), and the nutrition the cow consumes. This last directly addresses the problem of undernourishment. But also assures against overfeeding so the cows get as much feed as they need to be healthy but not so much it would adversely affect their health.

Betsy is highly instrumented ranching though, when I saw the benefits, I immediately wondered why we don’t have something like this for people if only to mitigate the spread of Covid-19.

While I think we should consider applying One Cup AI to people (it seems so much more capable than a Fitbit or even an Apple watch), another interesting implementation is Floatbot.  Floatbot is a conversational AI that can be modified for each language variant to not only understand that language better but to speak it like a human native.  Floatbot can and does handle the unique accents of some areas very well.

Heavily used in sales, it increases high-quality leads. Customers attest to the fact this tool has significantly increased the yield of qualified and motivated buyers when it is extremely hard to get good help in call centers. Having a tool that can improve (according to Floatbot) customer satisfaction by 80%, agent productivity by 50%, and reduce the costs associated with customer support by up to 40% is impressive for any product.

NVIDIA’s TAO Toolkit is, like many if not most of NVIDIA’s products, a game-changer. It decreases the amount of time and effort to create a new viable AI significantly while improving the performance of that AI over time.

We are now in the maturing phase of focused AIs and this stage is focused on creating not only more capable AIs but ones that are more affordable over their lifetimes. Better, faster, cheaper. It’s hard to argue with any tool that promises the trifecta of AI development.

5 Ways to Improve Your Trading Experience Through VPS for Traders