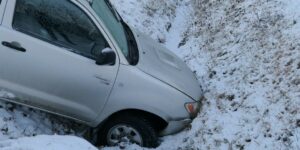 This week was NVIDIA’s GTC and, as usual, the content blew me away. Jensen Huang always impresses me with a keynote that can stick with me for months by using his firm’s technology to turn what is otherwise (and often is at other events) a tedious spiel of speeds and feeds into a compelling view of our vastly changed future. It is worth your time watching it.

But one thing came out in one of the Q&A sessions I attended and that is that all the car companies are using NVIDIA’s infrastructure, but only a subset of them is using NVIDIA’s full-stack. Some believe they can do it more cheaply with their own hardware. This is ill-advised and, I expect, will eventually result in a black eye on technology and massive recalls

I first saw this problem in the automotive market with Microsoft’s early 2000s Auto PC effort. At the time, Microsoft did the software but did not create a hard specification on the hardware. In testing, the software was impressive for the time as it would take voice commands, used an array microphone to even work in convertibles, had built-in navigation, and a host of other features I no longer remember largely because they broke on the final product. The reason for this breakage, which was most painful with a GPS system that would tell you where to turn after you passed the street (unless you kept your speed below 20 miles per hour), was that Clarion, the company that built the system, under-specified the Intel processor. The result was an affordable product that failed in the market (I put it in my wife’s car and the entire time she had it she threatened to rip it out of the dash and throw it out of the window.) Rather than enjoying this advanced device, we and our passengers would entertain ourselves by making fun of it.

The lesson learned was that the hardware and software need to be wedded for it to work properly. If you break that technology stack, you could end up with something that works unpredictably and not at all well.

As I mentioned, NVIDIA’s infrastructure is being used for every car that will have autonomous drive technology, but many of the highest volume cars will use hardware that was not part of this development. This means most of the advanced testing and development will have been done on NVIDIA’s hardware, not on the potentially cheaper hardware the OEMs want to use at volume.

Now, typically, the risk of this is that the solution is unreliable, but we are talking about autonomous machines that are carrying people. So let’s say the third-party hardware is just a little slow and does not report or react to the car running the stoplight for two extra seconds. Those two seconds could make the difference between stopping safe or being T-boned in an intersection, and some of those accidents are fatal.

In the subsequent lawsuit, were I advising the plaintiff, I would suggest they add negligence to the charges for an escalation of remedies because the car maker made a conscious decision to degrade the solution to save money. The result could damage the car maker’s brand, reputation, and the resulting recall could cost far more than if they had just used the complete and thoroughly tested solution from NVIDIA.

Particularly early on with a solution like this when people are still learning, swapping out a part of the solution to save a few bucks is incredibly dangerous. Were I Consumer Reports, I would be tempted to blacklist any vendor that took this risk initially or at least until the technology had been on the road for a year or more just to assure the people that paid for my service remained safe.

Back when I was in graduate school, one of my professors who worked for NASA (which originated the concept of a digital twin, by the way) spoke about how spaceships were built. They were triple redundant and, for unique systems, three parts for every component were built. Assemblers would test the parts and install the first part that didn’t fail the test, if all three failed, they would still install the first failed part assuming one of the two redundant systems would step in. However, if all nine parts failed, so would the rocket, potentially catastrophically. That sounded incredibly stupid to me at the time.

Taking a brand new and extremely complex system and trying to save money by substituting third-party parts is incredibly risky. Yes, you may save a few dollars, but if the result ends catastrophically, you now own a decision where you put your customer’s life at risk for something like a $10 savings. Odds are, the result for you and your company will be tragic if only because, first, products that are highly complex have problems which may not emerge until later. If you mix it up, you run the chance of that decision being called out as the cause, even if it isn’t, and incurring far more massive costs and reputational damage as a result.

Now five or ten years out, when we know more about these systems in large numbers and for extended use, swapping out components might be less risky. But given the numbers, even a .01% additional risk might be unsustainable once an accident occurs, and no matter how good the technology, there will be an accident. So, personally, I would advise against this move even then.

By their very nature, autonomous cars are simply too risky to mess with. Shortly after this technology launches in volume in 2025 and 2026, I expect we will have several vendors who wished they had taken NVIDIA’s entire stack and not tried to save a few bucks.

Will Calling The Police Immediately After A Car Accident Benefit You?