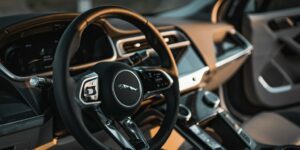 This week, NVIDIA and Jaguar announced a technology partnership that could provide the perfect balance between autonomous driving technology and driver experience. This balance will be critical to the existing automotive market if it wishes to remain viable rather than be replaced by horizontal elevators that function more like an automated Uber than current car ownership.

Let’s explore this dynamic this week.

The problem with autonomous cars

The way autonomous cars are being presented today makes no sense to drivers. Having a subscription to a car service like Uber or Lift makes more sense than buying a car you can’t drive yourself. While this might make economic sense, current car owners who connect their vehicles to status and driving enjoyment aren’t on board with a future where they lose the privilege of driving and owning a car.

While the self-driving technology is certainly capable of taking full control of the car (and for many this may be the preferred way of travel; otherwise, Uber and Lift wouldn’t be successful), most drivers appear to prefer car ownership and the ability to drive themselves.

However, we know that autonomous vehicles, once the technology is ready, will be far safer than human-driven cars and save thousands of lives a year. What is needed is a blended solution that provides the safety benefits of an autonomous vehicle with the fun and enjoyment of a car you drive yourself.

I’ve been driving Jaguars since I was a teenager, have worked as a Jaguar mechanic and, until recently, owned four of them (I’m down to two now). Jaguar is a car drivers’ company that has, over the years, established itself as a firm that appeals to people who love to drive their cars and like those cars to have a personality. Granted, up until Ford bought the company last century, the brand had a very poor-quality record, but that record has improved first under Ford and more recently under Tata, which now owns both Jaguar and Land Rover.

Therefore, if there is one company that could build a car capable of autonomous driving but still provide a great driving experience, it would likely be Jaguar. The company’s first electric vehicle, the I-Pace, is arguably better-looking, better-handling, and better-built than a Tesla. It did have initial technology ‘teething’ problems which I experienced firsthand since I bought one of the first I-Paces shipped into the U.S.

This is where NVIDIA comes in. NVIDIA has matured over the years to provide not only a leading solution for automobile self-driving systems but also for enterprise solutions because it learned how to seamlessly provide software feature updates and patches. This ability to provide updates without disruption, while now common in enterprise solutions, is anything but for automotive solutions. My first software update from Jaguar after getting the car made it undrivable, a mistake that NVIDIA’s process should assure doesn’t recur.

NVIDIA employs many car lovers and was one of the first sites in Silicon Valley to put electric car chargers into its parking lots. Heavily into the metaverse for simulation and testing, the company provides what is believed to be the most mature and capable solution for self-driven cars.

Thus, this partnership between Jaguar and NVIDIA could potentially result in the best blend of autonomous driving technology and driver experience as a concept Toyota has named Guardian Angel.  Guardian Angel allows you to drive, but its autonomous technology can immediately take over and prevent most accidents if needed.

This last was driven home earlier this week when a semi-truck doing 60 mph ran a stoplight and would have hit me had I not been looking right at the truck at the time. It was a close call that NVIDIA’s Drive platform is designed to handle more effectively.

Wrapping up: The future of autonomous cars

While we may eventually turn driving over to computers, the drivers aren’t nearly ready for it and will likely rebel if they are told they can no longer drive their cars. Blending Jaguar’s driver-focused concepts and beautiful flowing car designs with NVIDIA’s market-leading self-driving technology should result in a near-perfect hybrid, one that allows you to still drive your car but that can step in to prevent you from having a life-threatening or crippling accident. Other potential advantages are an onboard digital trainer to improve your lap times safely on track days, and automatically stepping in to take control if you fall asleep, have had too much to drink, are having a health emergency, or are just taking unnecessary risks.

It will unfortunately reduce the number of “stupid driver” YouTube videos significantly, but that is a price I’m willing to pay to keep myself out of those videos. In the end, this coming solution from Jaguar using NVIDIA technology should represent the near-perfect blend of driving experience and safety when the cars come to market in 2025 as 2026 models under their new Panthera premium electric car line. Sight unseen, I’d like a black one, please, because I can think of nothing better than a hot electric car that keeps me safe and reminds me of a Black Panther.  How much do you want to bet one of these shows up in the new Marvell Black Panther movie?  It would likely be a ton cooler than the Black Panther Lexus.  When the F-Type launched, it had an amazing theme song and video, I’m thinking an electric Jaguar Black Panthera with a Marvel tie-in using NVIDIA technology (to create the video) could be even more amazing. The cars and related ad campaigns aren’t due until 2025, and I can hardly wait! (Until then here is a link to the old jaguar vs. Mercedes ad wars, because Mercedes is also using NVIDIA in their upcoming cars suggesting an even more awesome coming battle).