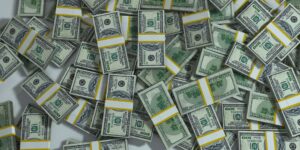 MELD is potentially a new kind of bank that really is not a bank, let us call it a Neobank, that was founded on the idea that current banks are treating savers unfairly and that there is a way to share profits more aggressively with savers and investors. It will focus predominantly on cryptocurrency as well as regular currency. I do not have doubts about MELD’s model, but the banking industry is very powerful. It will likely see MELD as a threat to the current profit model and move to stop it.

Sadly, at the very least, this means that MELD will come to the U.S. after going first to Europe, Asia, and Africa. Although we developed much of the technology that will be used, MELD is rightfully coming to the U.S. last partially because of concerns about regulatory headwinds. Our banking industry has issues.

I like the idea of a bank that makes savings more profitable, builds in a methodology for the services they provide to automatically pay off loans with the money those services generate and focuses less on its own profits and more on the profits of its investors and customers. Oh, and MELD appears to be uniquely useful to the ‘unbanked,’ people that have cash they need to protect and need small loans but cannot afford the relatively high fees fielded by old-school banks.

MELD addresses a very real need but, like Tesla did with cars, it will face some daunting headwinds from existing financial institutions.

The rule of institutional corruption

We have a common problem in developed nations of allowing powerful companies to influence the laws that regulate them. One example Tesla ran into in the U.S. is that in much of the country, Tesla can’t sell their cars because they don’t have a third-party dealer network which is required by local law. This makes no inherent sense because the dealer model adds another layer of profit that comes out of the car buyer’s pocket. It makes no sense until you realize that a large number of these dealerships are owned by politicians who have moved to protect their personal interests over those of their constituents.

At a time when we should stop burning oil and harming the environment, the U.S. still pays subsidies to ensure oil company profits and leases land at favorable rates to those companies so that oil remains artificially cheap.

This is just the tip of the iceberg. This kind of government protection has included cigarette companies, large meat processing companies, and many other industries that have, over time, weakened or compromised oversight and hurt us financially or medically.

Banking is heavily regulated but incredibly profitable. But even with regulation, we have serious problems with Wells Fargo being one of the poster children for bad actors. Just this week, for instance, it was alleged that the company had expressly compromised an Arbitrator in order to win a case that has since been vacated due to that clearly illegal move.

I am listing the problems to show that there is risk to MELD’s model, but more because of the power the banking industry has than the model itself which could be extremely beneficial to those that want to invest in cryptocurrency and want to fully benefit from that investment. Be aware that cryptocurrencies tend to be very volatile, and they are not for the risk-averse. But one of the big issues that MELD addresses is that you cannot really do much with a cryptocurrency investment other than hang on to it until you convert it to goods or more likely a government-supported currency.

MELD has two ways to make money. The first is MELD tokens. The tokens are an investment vehicle that conveys limited rights over the algorithms that MELD uses but no rights to operational issues beyond that. The cash from these tokens effectively establishes MELD’s initial working capital and its financial reserve. Unlike stock, MELD token-holders will get a set percentage of the profits as well as any gains or losses from selling the tokens at some future point. In a way, the MELD tokens work a bit like an unsecured loan to MELD but one done with the tokens providing a prescribed return rather than a loan document.

Once MELD gets a banking license, expected by year’s end (they have started to work with regulated financial institutions), then you’ll be able to deposit both cryptocurrencies and a form of cash into the bank using Stablecoin (or other types of crypto). Once you have enough cryptocurrency or Stablecoin, you can borrow against that, effectively gaining the benefits from your savings without triggering a sale and a tax event. The income from your cryptocurrency investment, using what MELD calls a Genius loan, then gets applied to what you borrowed until the loan is paid off and, after that, it can produce income. Be aware this income should be taxable, but it is yet unclear how it will be reported. I expect this last will be addressed before MELD starts operating as a bank, but even if it does not, tax collectors do not have a sense of humor when it comes to concealing income, so not reporting that income would be unwise. Given the nature of these loans, called Lombard loans, it is fascinating because they arguably do not need a term.

One interesting aspect is that you will need to have twice the value of cryptocurrency in your account for any loan you take out and, should the value of your holdings get too close to the amount you have borrowed, your account will be liquidated to pay off your loan and you will get the remainder back. But you default on the loan (so that will not be on your record,) and you will not lose whatever you have financed. So the problems that occurred like when folks borrowed during the Dot-com bubble against options that cost them their homes when that bubble popped shouldn’t occur here.

MELD is a fascinating concept but be aware that there are always huge risks with massive innovation like this. Were I to invest in the company, I would be looking hard at MELD’s internal compliance and internal audit controls to make sure executives in the firm do not misbehave. I have not done that work.

But the idea of a bank treating its customers like investors, which they are, rather than money mines, and with loans that pay themselves off, coupled with cryptocurrency support and benefits to small borrowers due to massively reducing fees, is attractive.

MELD looks to me like something you would do if you really understood how typical banking customers are screwed. Like Tesla, what they imagine will be hard to pull off, but also like Telsa, if they pull it off, this could be the model for the future.

How Can Bankruptcy Help You?

Satellite Images Reveal Huge Methane Leaks in the US and Asia