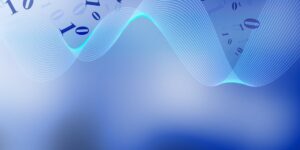 Since I was a kid, I tended to dance to a different drummer. The idea of having anything the same as everyone else is boring. For instance, I bought the first car of a particular model several times. My latest, the Jaguar I-Pace, even after three years, is only one of two in my county so far, and it still turns heads. This often means I end up dealing with problems that people with more widely owned products do not have but, for me, it’s worth it.

This is one of the things I like about Microsoft Surface Duo. Its folding twin-screen design is unique in the market. When I use it in public, people often ask me about it. So far, no one has attempted to steal it.

This phone reminds me of one of the old sayings about Microsoft products that could also be applied to vendors like Apple, which is that it takes three versions to work out the bugs of a unique design. That was true of both the iPhone and the iPad, and it may be true of this second-generation Microsoft Surface Duo.

What sucked about the Duo 1

The Surface Duo 2 fixed a considerable number of problems with the Duo 1 which I used for over a year. The Duo 1 had a low-performance Qualcomm processor, did not support 5G, and had a single camera that you used for photos, selfies, and video conferencing. You could take pictures with the phone folded but the camera sucked for most things, and the software that caused the correct screen to be active did not work well at all. Oh, and it could not read a QR code to save its life. It also had a fingerprint reader on the side which worked but often required several attempts before it worked right. Finally, it was all glass, and the glass was not well protected. It came with a rubber bumper that would start to peel off after a couple of months and cost around $50 to replace. Finally, holding the thing to your head while on a call looked stupid, and the white color was not ideal

Where the Duo 1 shined

Where the Duo 1 shined was when web browsing, multi-tasking, and as a reader because it opened just like a book. With a headset, it worked fine, and the dual-screen was great if you needed to have two apps open at once (like, say you needed a code for dual-factor authentication). I really enjoyed using the phone, but the problems got annoying over time.

What sucks about the Duo 2?

This list is far shorter. First, it still doesn’t read QR codes reliably, but it does read them, so it has improved, just not enough yet. It has two cameras, one multi-lens effort on the back and a separate camera for selfies. This makes pictures far better, but you must take them with the device open, which is not ideal. I think this design would benefit a lot by a camera accessory, or a small display on the cover just for external pictures so you could take them with the device closed, much like it still benefits from you using a headset when you want to use it as a phone.

Where the Duo 2 shines

It shines in all the ways Duo 1 did with web-browsing, multi-tasking, and as a reader because it still opens like a book. It seems to do a much better job using the twin screens, suggesting a major software improvement. Mine is black which is far more elegant, and I have dropped it on tile several times without cracking the glass, so it is far more robust (and no more rubber bumper). It uses Qualcomm’s top-of-the-line processor, and it supports 5G now which is a huge boost in performance. The fingerprint reader works by touch. Sometimes I do have to hit it twice, but it is surprisingly fast even then.

Wrapping up: Surface Duo 2 is a huge improvement but…

The one nagging thing is the camera. Given the book design, that is not going to be an easy fix. But part of the problem is with the software and QR codes, so a future patch may address some of this. The Surface line does include earbuds and noise-canceling headphones, but neither seems to match the phone’s industrial design, suggesting that matched accessories might help. Since I may scan under 10 QR codes a year, and it does now work in that capacity with some effort, the QR problem isn’t, at least for me, significant.

In short, for consuming content this phone is better than the other Snapdragon 888 phones I have to test, but for capturing content, it still lags even though it looks like it should have a decent camera. Were I the product manager for this, I would be looking at a wearable camera accessory, an industrial design matched set of headphones, and push for improved camera software.

The Hydro Jet Upsell – is it worth it?

How Small Online Stores Can Keep Up With Amazon