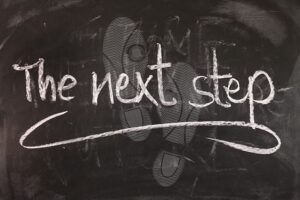 Transformers have been utilised in railway traction over the past few decades, owing to their property as an alternative to conventional fossil-fuel-based traction systems. Currently, they hold the position of being vital components of electric traction systems, feeding power at secure voltages to the essential train functions such as communication, signalling, brakes, passenger information, heating & ventilation, lighting, and traction.

Traditionally manufactured with iron and copper, these transformers form heavier components of a train. This results in requirement of more space and increase in weight, which in turn adds to train axle load and necessitates additional energy. This has led the manufacturers across the globe to focus on the development of new traction transformers, with improvements in both performance and structure for applications in passenger and freight locomotives, regional trains, tram trains, and high-speed trains. Mostly manufactured and designed according to specific railway system requirements, traction transformers are based on the detailed parameters.

In the previous year, a next-generation traction transformer was unveiled by ABB, designed for reducing weight of the on-board components, and ensuring higher energy-efficient rail networks. These two were the primary objectives of rail industry. The product, named Effilight, was unveiled at the leading symposium of the global rail industry, InnoTrans, as ‘world premier’. The symposium was held from 20th to 23rd September 2016, in Berlin, Germany. Up to 20% of total weight of the train’s traction component can be potentially reduced by Effilight. The weight reduced was approximately equivalent to weight of around 20 passengers. Through this weight optimisation, train carriages became capable of acquiring maximum load per wheel set, and reducing wear.

ABB’s Effilight transformer utilises a unique, high-technology patented cell design, enabling to reduce amount of oil required by up to 70%, without compromising functionality. Rail operators and train manufacturers are provided with significant benefits from this technology as it enables energy savings and substantial weight reduction. Achieving weight savings through this innovative design, larger amount of energy-efficient materials, such as copper, were capable of being used in transformers, reducing energy losses by 50% when compared with the standard solutions of equal weights. This further reduces total cost of ownership, and enables optimisation of energy consumption.

ABB has also won an order to deliver Alstom with 1,600 traction transformers for 800 electric freight locomotives in India. Production of transformers is expected to take place in the ABB’s Vadodara facility, Gujarat, India. Double selection electric freight locomotives would be supplied by Alstom to Indian Railways, based on the awarded € 3 Bn contract by Ministry of Railways. With these new locomotives, Indian Railways was capable of expanding its capacity, and easing the congestion of busy routes for passenger as well as freight services.

The insights presented in this article are based on a recent report by Future Market Insights, Download and View Report TOC, Figures and Tables

Choosing the best e-commerce hosting plan for your E-store.

Finding ways to get rid of a beer gut