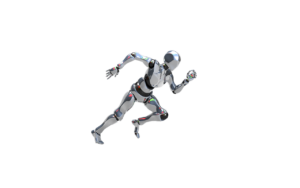 Everywhere you turn online these days, people are talking and writing about artificial intelligence. They are approaching this spectacularly exciting issue from all kinds of angles and, depending on who the author is, they see a different kind of effect the development of AI will have on the human civilization.

Namely, while some are excited about the benefits this will produce, others are worried that we are going down a very dangerous path where the actual existence of the human race will be put in question.

Like always, it seems that the truth is somewhere in between and much more pedestrian than you’d think.

The Issue of Terminology

The first thing that has to be pointed out when we are talking about AI is that when people talk about the latest developments in AI (such as in AI-powered chatbots and such), they are talking about some truly early version of something that might one day be considered AI.

At the moment, the “AI issue” mostly covers advancements in certain fields such as machine learning, natural language processing, automation and big data analysis. These concepts have been around for some time, but the new leaps in computational power and crowdsourced computing have enabled us to do some much more advanced things than in the past.

It is also important to point out that the artificial intelligence (even if we were to reach it one day) we are talking about is not the AI we see in movies and TV shows. This is what the scientists would consider artificial consciousness – independent entities that would think for themselves, make certain leaps in logic and such currently unimaginable things.

In short, the AI most people talk about these days is still very crude and limited in its use, as evidenced by this year’s Facebook’s chatbot failures, for example.

Even in the state it is today, AI (in the broadest sense of the word) is seeing a lot of use, across different fields and industries.

For instance, data analytics has become much democratized nowadays, with various analytics solutions becoming available even to smaller organizations with limited means. It should be pointed out that these tools are probably at the very bottom of the AI pyramid, but their ability to work with enormous sets of data and provide applicable information is still quite extraordinary. As they evolve and start utilizing dark data in a meaningful way, they will make even greater steps in the future.

One of the more widely publicized uses of AI has been in healthcare. Namely, some time ago, IBM started collaborating with a number of cancer hospitals around the United States, providing them with the famous Watson supercomputer. Over the years, we have witnessed a number of stories about how Watson for Oncology was great at diagnosing cancer patients and recommending treatments. As it turns out, this has been more hype than reality, but it is has been a step in the right direction nonetheless.

Customer insights and customer service have also been a target for AI-related applications, with no example perhaps more obvious than Amazon. Namely, their recommendation service (which many see as their biggest weapon) is a great example of machine learning where their recommendations become better over time thanks to a huge number of inputs. Cogito and Boxever are just two of the companies whose products and services revolve around machine learning.

When we are talking AI and all of the fields that fall under it, we mustn’t fail to mention the biggest issue facing us in the (very) near future. Namely, there is a whole range of jobs that will become more or less obsolete once automation and AI become a tad more sophisticated.

While some people see this too apocalyptically, saying that almost any non-creative job will be destroyed by AI, there is an actual danger to many jobs and millions of people doing those jobs today.

It should be pointed out that this has happened throughout the history of human civilization (Luddite much?) and that we have mostly adapted. This time, the change will be far more rapid and thus probably more dramatic, but it is safe to say we will survive it as a species.

There is no need to panic about AI. It is still in its infancy and even if it grows up, its potential will be determined and limited by its creators. At the moment, it is a mixed bag of some really interesting developments and dangers for certain jobs. Which way it will go remains to be seen.

The important thing is not to lose sleep over it.

At least not yet.