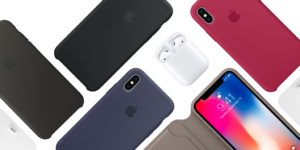 Yes, the iPhone X was just released and people are still going bonkers over it. However, as 2018 nears, it is not surprising to hear gossip stir about what Apple has in store for tech savvy, smartphone lovers that just can’t get enough when it comes to their iPhones.

Today we are going to brief what the iPhone X has already brought to the table, as well as take a look at what we might expect to see with Apple’s next iPhone release.

What’s in the iPhone X?

People are still reeling from the latest Apple iPhone release – iPhone X. And, if you haven’t thought about selling your used iPhone in exchange for cash to invest in this newest iPhone release, after you find out what it does you may just change your mind.

As you can see, the iPhone X has plenty to offer their loyal customer base.

That’s why the next big release, which may very well come near the end of 2018, better work really hard to outdo its predecessor.

Though the iPhone X was designed to be one of Apple’s biggest releases ever, there is no reason to think they will not continue to build upon their impressive feature set and continue to set the bar high for all other smartphone competitors.

Take a look at what people hope to see come the next big release.

Bringing elements of a virtual world in to our real world, augmented reality proves to be the next most exciting technological advance, after virtual reality.

Thought to be able to enhance how we see, hear, and feel, augmented reality can highlight features, improve our understanding of the world, and provide accessible data to users.

So, how does this apply to smartphones you ask?

Well, it is rumored that Apple, and other smartphone companies, will begin to capitalize on augmented reality in the form of 3D map environments, among other virtual/real world mixtures, as early as 2018. Though we may not see augmented reality come to fruition by the end of 2018, it is certain that features will be in the works throughout the New Year.

Before we know it, Apple iPhones will be the size of mini tablets.

To start, it is thought that by the end of 2018, all iPhones will feature an OLED panel. OLED screens are considered flat light emitting technology. Not requiring a backlight, as LCD displays do, OLED screens are thinner and much more efficient.

Additionally, there have been talks that along with Apple’s mid-range iPhone release, the newer, better release will have a whopping 6.5” inch screen.

With the iPhone X’s release of Face ID, it is uncertain whether fingerprint Touch ID capability will make a comeback.

Some experts believe Apple will offer both Face ID and Touch ID in its next round of phone releases. This will give users the choice when it comes to phone security, product purchases, and software access.

That said, if Apple feels users really love Face ID, there is a good chance we will never have access to the fingerprint Touch ID feature again.

It goes without saying that as Apple continues to expand its iPhone feature set, the price tag will inflate alongside it.

When it came to light that the iPhone X was to cost an impressive $999, many said it would never make it. After all, you can buy a fully functioning laptop computer for far less than that.

And yet, when it released, people still lined up with their cash in hand.

In the end, though we can never really know what the next iPhone release will bring us as far as features are concerned, it will not be surprising to see the new release boast a price tag topping $1,000 – with excited people lined up to be the first to buy.

The Best Group Communication Apps in 2018