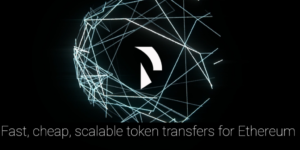 After launching the first off-chain transaction network, Raiden Network (RDN) has ramped up its business significantly with a string of major partnerships wherein partner companies will be incorporating uRaiden into their solutions.

“The pace of adoption of Raiden’s technology has exceeded expectations,” said Yubo Ruan, co-founder of Raiden Technology Group, an organization that develops solutions for Raiden Network.

“We knew uRaiden made history by enabling blockchain to scale beyond ‘several transactions per second’ to millions per second. And by reducing the time a blockchain transaction takes from a few minutes to under a second. But we didn’t expect some of the largest and most promising crypto projects to embrace uRaiden so rapidly after launch.”

Raiden’s state channel network, uRaiden, launched on November 30, 2017, scales the number of transactions Ethereum can handle from 20-per-second to millions-per-second. uRaiden scales in a linear fashion with the number of users utilizing off-chain scaling, as these transactions are largely peer-to-peer. It makes possible “instant” transactions, micropayments, and drives down the cost significantly for machine-to-machine transactions.

Grid+ (symbol: GRID), which raised over $40 million to enhance its always-on appliance which processes payments for electricity in real-time, will be using Raiden’s technology to accelerate use of blockchain in the energy industry. Grid will use uRaiden to drive fees down for transactions that Grid+ users make.

“Electricity sales to consumers will be settled instantaneously every 15 minutes which makes Grid+ a perfect use case for uRaiden,” said Alex Miller, Grid+’s Chief Technical Officer. Rather than having to issue a transaction against Ethereum every few seconds, Grid+ will batch the transactions for electricity usage and issue them only once every 15 minutes, reducing substantial expenses for Grid on Ethereum transaction gas costs.

Grid+ believes usage of Raiden will give them the upper-hand on other energy marketplaces by saving costs for its users. With uRaiden, Grid+ expects that its own costs will be 0.033% the cost of a Visa transaction and 0.05% the cost of an Ethereum transaction.

Raiden has signed additional partners in the energy industry including Energy Network Foundation – whose blockchain solution features nodes operated by energy giants such as Royal Dutch Shell, the sixth-largest company in the world, measured by revenue.

In the computer gaming industry, Enjin (symbol: ENJ) will incorporate uRaiden into their smart contract platform that enables management of virtual goods for computer games. Enjin recognized early on the challenge of accepting crypto transactions in-game and processing them fast enough to make the digital good available to the player in real-time. According to the company, “Enjin will be testing the Raiden Network for lightning-fast asset confirmation speeds.” Enjin’s Chief Technical Officer, Witek Radomski, confirmed Enjin will begin implementation of uRaiden in Q1 2018.

Raiden has also signed partners in Asia. SmartMesh, a mesh network provider based in China, will incorporate Raiden into its blockchain-based Internet-of-things protocol that enables devices to connect to each other without the Internet. SmartMesh points to Raiden’s advantages of “scalability, fast transaction, confidentiality, interoperability, and low cost”. SmartMesh will make

possible off-Internet instant transactions by utilizing both Raiden technology and their own mesh network. SmartMesh has begun implementation using uRaiden and, separately, plans to roll out a SmartMesh Raiden Light Node for Raiden Network in Q2 2018.

In the finance sector, Raiden has signed on board Trade.IO, which facilitates asset trading and investment banking on the blockchain. Trade.IO enables a range of assets to be tokenized in traded via its network; Raiden enables Trade.IO customers to trade these assets in a low-latency, peer-to-peer manner. Raiden drives down the fees associated with these asset transactions on the Ethereum network, as Raiden will batch multiple transactions before sending them as “one bill” for settlement on Ethereum. Also in the finance industry, Raiden signed on board MoxyOne, which will incorporate Raiden into its white-label financial

The RDN token is essential to Raiden’s solutions. It is not only critical for protocol and peripheral fees in the coming Raiden Network, but its value also reflects the demand to use it as a currency for micropayment on Raiden’s various products. Called a “billion dollar coin” by Hacked.com, Raiden has delivered on the ambitious expectations crypto analysts had for it during its ICO by shipping uRaiden on schedule. Now with partnerships across key industries within weeks of launching, it shows why media outlets such as Crush Crypto described it as likely to be a “top-10 most valuable token because of the expected heavy usage”.

“The quality of partnerships Raiden has secured right out of the gate shows its explosive market potential. It also suggests that a critical mass of companies have been waiting for a solution like Raiden to scale on Ethereum cost-effectively” said Bob Chandra, co-founder of Raiden Technology Group. “We expect additional announcements with major companies in the crypto space and beyond it in the weeks ahead.”

iPhone 2018: Can We Expect More Than We Have Already Seen?