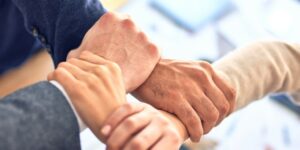 One of the things I look for in good corporate governance is a Board of Directors who, collectively, have a skill set that enhances the CEO so that the result is a comprehensive team that can support and assist the CEO.  Too many boards seem to be made up of financial types or friends of the CEO who rubber stamp extreme salaries in apparent exchange for the perk of being on the board but do very little actual work.  Before Pat Gelsinger rejoined Intel, Intel’s board was heavy on financial types and medical doctors, neither of which seemed qualified to help Intel through the problems they were facing.

Intel’s relatively new board increasingly has a far stronger makeup; let’s talk about the importance of a strong board this week.

The Power Of A Strong Board Of Directors

The Board Of Directors in a company is supposed to represent the stockholders making sure their interests are always represented at the top of the company.  They provide a critical level of oversight, assuring that the CEO does their job and, ideally, provides the CEO with several unique resources.  Those resources include their individual experience, insights into markets and technologies, contacts in other firms, and governments and continuity when CEOs change.

It is a significant job that many companies I’ve covered didn’t take seriously enough.  Before Bob Swan took over in 2019, Intel had a board that didn’t seem to reflect Intel’s business, nor did it seem to moderate Brian Krzanich, the CEO before Swan, who seemed to be out of control.  Krzanich was actively crippling Intel’s operations, seemed to be focused on gaining fame by launching an Intel TV show he started in (which failed), and seemed to be aggressively removing anyone that could replace him until he left as a result of an affair.  Intel has been in recovery since with two CEOs, first Bob Swan, who had been serving as CFO and seemed, at the time, to be the only senior executive willing to take the job, and eventually Pat Gelsinger.

Pat was, by most measures, the ideal CEO for Intel, having been mentored by Andy Grove, had successful leadership and CEO positions at EMC, Dell Technologies, and VMware, and didn’t exhibit any of the unfortunate narcissistic tendencies that seemed to surround Kurzanich.

Intel’s Old Board vs. Their New Board

Since 2018 when the board seemed overweight with people not aligned with Intel’s business and financial types, there have been many exciting changes and additions.  James J. Goetz, who comes out of Sequoia Capital, one of the more powerful investment entities in tech, has heavy networking and storage background and industries where Intel plays a significant role.

Dion Weisler is a PC superstar with earlier telecom background. He is credited with taking today’s HP, which had been arguably set up by Meg Whitman to fail, into an unqualified success.  He knows how to do a turnaround, has intimate knowledge of Intel’s highest volume business, and is famous for his ability to foster loyalty and drive employees to incredible levels of accomplishment.  Dion alone would be a great credit to any technology-related company bridging consumer and corporate customers.

Alyssa Henry is out of Square; the company has been critical in providing transaction services during the pandemic and was in Amazon as director of software development for ordering.  That job would have been critical to Amazon’s success and growth, and she’d have insight into Amazon’s wildly successful eCommerce model and practices.  Cloud companies like Amazon are already becoming a massive opportunity and a massive threat for Intel, given they are exploring creating their processors, making Intel redundant.  Alyssa should be a critical resource founding Intel’s crafting of defense against these broad Cloud moves.

Most recently, Intel added Andrea Goldsmith to the board.  Andrea is the dean of engineering and applied science and a professor of electrical and computer engineering at Princeton.  She joins Tsu-Jae King Liu, who was outnumbered in the old Intel board, as the only independent engineer and is both a Dean and Professor of Engineering at UC Berkely.  Together Andrea Goldsmith and Tsu-Jae King Liu not only add critical Diversity but should provide Intel with Board level insight on coming critical microprocessor technologies and help with Intel’s diversity mission.  Having two women Deans on the board should also help with recruiting women engineers going forward.

And let’s talk Diversity.  Intel’s board in 2018 had nine men and two women, and only one of the women was an engineer.  Intel’s new board of 10 has four women, 3 of which are engineers, significantly increasing both the Diversity of the board and the focus on Intel’s core businesses.  It is my view that the only way to sustain a diversity strategy is to start from the top; otherwise, you’ll create a hard glass ceiling between women middle managers and executives.  And, it appears, Intel is serious about Diversity as they appear to be aggressively cycling out the male members of the board for more qualified women.

For much of the last decade, Intel had dropped into decline, with many OEMs stating that they had gone from technical leadership to lagging their competition by around three years.  From the selection of Pat Gelsinger to lead the company to their focus on staffing their board with qualified women and men that can carry the company forward, they are setting up for a comeback.  Intel’s moves have appeared increasingly strategic due to these BOD and CEO moves, which should position the company for a successful turnaround.  In the end, if you don’t have competence at the top, your firm will likely not be successful; Intel has aggressively resorted to competence at the top. While the threats remain, Intel’s ability to address them successfully has improved astronomically.

Intel’s board now looks like it should. With a heavy engineering and far more diverse makeup, the company appears far better positioned for the future.

5 Factors to Consider Before Buying Your First Commercial Property

The first recorded Chimpanzee Attacks on Gorillas were observed by researchers