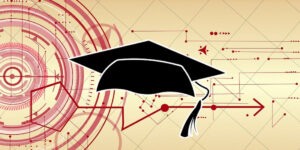 Many academic institutions have already adopted the steep technological advancement in nearly all areas of education. The most prominent example of which is social media. Like architecture – various schools, use websites like twitter and facebook to generalize the type of student they would like to admit. Architects test their designs and concepts on social media to gauge the reaction that the local community would give. This way, statistical analysis and financial prediction are much easier to handle.

Twitter is not Google. However, it performs the same function. Exploring Twitter hashtags is a way to get an insight into a sociological perspective on certain issues directly from the involved segment of society. The same goes for Facebook which involves direct feelings from the population through a variety of features (The preset text for the news feed post is “What’s on your mind?”) The implementation of technology does not stop at social media.

The biggest problem that the educational system has encountered for the past century or so is that one type of knowledge is applied to all groups of students. Those students may have different worldviews and need different approaches to absorb knowledge – some creative, some analytical and pragmatic, and some more technical. What modern technology can do, and is already on its way to accomplishing, is personalized learning. Because of these diverse student populations, dividing students based on their strengths and weaknesses could prove to be effective in bolstering their learning capacity and pace of study.

There are plenty of memes on the internet among the student audience that make fun of teachers that cannot use a projector or other technological school appliance. These memes that are shared all over social media are a testament to slow progress. However, teachers that have embraced technology are applaudable because of their sensitivity to change. Sites like Khan Academy take the student needs into consideration and attempt to “game-ify” learning. Same goes for Crash Course, which has a huge following. For example, tutorials on how to write a certain essay or master certain aspects of writing are easily accessible on the internet. It is easy to underestimate the importance of expressing thoughts and opinions well, and instructors on the internet make sure to guide students in a proper direction.

A Glimpse into the Hopeful Future of Learning

Instructors’ adaptability is just the first step in the one-on-one direction between a teacher and a student, but the goal is to prepare all students on the same level to be adaptable to change. In the age where telescopic evolution is in full swing, it is most probable that a lot of jobs that are present now will be gone within a decade or two. The same concept applies to current employment possibilities that are missing now but will arise in the future due to technological advancement. It is vital to prepare teachers for these rapid changes and make sure the students take the example of that. The students should learn to adapt just as well to emerging markets and future possibilities as well.

A market of essay writing services has emerged in this chaotic academic era. The use of such services on the internet proves that students are willing to get creative to accomplish their tasks, write more interesting essays and that is hopefully a positive sign of adaptability.

Aside from adorable cat videos and a saturated market for gaming content, the internet has brought a potential solution to a stale academic approach that schools and universities have taken advantage of for decades. Imagine a world where all students that finish school feel accomplished and ready for the life ahead of them and Ph.D.’s actually mean something. While we have taken steps to get students involved, relying on extracurriculars and independent learning is not a sustainable solution in the long term. Advancing technology in the classroom is undoubtedly the key to societal growth and preparation of the younger population to emerging problems, and markets of the future should be first on the list of priorities.

How To Market Your Business And Grow Sales