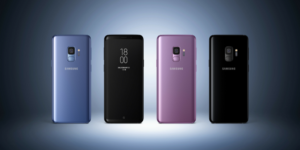 With the launch of the new Samsung Galaxy S9, the whole smartphone industry went haywire. The most anticipated smartphone of the first half of 2018 stirred a lot of interest ever since last year, when the first so-called “leaked” images started to emerge online.

However, there is one issue with the new Samsung Galaxy S9: it’s price. The price is prohibitive for most people. And buying it straight away from Samsung it’s not an option for many potential users. This is why many tech enthusiasts and Samsung aficionados will make a compromise and buy the Samsung Galaxy S9 on a payment plan from a network they do not currently use.

The issue with these phones is that they are locked on the underlying network. And if a phone is locked on any given network, it will not accept other Sim cards. Thus, the new S9 could be used only with Sim cards from the network from where it was purchased. Quite an inconvenient for many.

Where Can Someone Get The Unlock Code?

The first thing in getting the unlock code is to find a trustworthy and reliable network unlock code provider. Once such provider, with a cheap service and great customer support, is UnlockUnit.com.

Once reaching UnlockUnit.com, placing the order is a straightforward process and the whole process lasts a couple of minutes.

Retrieve The Phone Details And Place An Order

For placing an order to unlock your Samsung Galaxy S9, the following information is necessary:

In other words, the network name on which the phone was used. For example, to unlock T-Mobile Samsung Galaxy S9 that will later be used on the AT&T network, the order should be placed by mentioning T-Mobile, not AT&T.

Get The Code To Unlock The Samsung Galaxy S9

Once the code is received through email, the next step is to actually perform the unlocking process on the handset.

The Following Steps Need To Be Followed In Order:

The above procedure takes less than 1 minute to perform and once the phone displays the message “Unlock Successful” the phone is unlocked and can be used with any network from around the world.

Get rid of any potential region lock

Some smartphones ship with a region lock level enforced on them. This means they accept only SIM card from that particular network. This is advertised on the handset’s box.

In most cases, the smartphone’s box will have a sticker that says:

However, this is only a small issue. To remove the region lock, a 5-minute call needs to be placed with an accepted SIM card.

Risks Associated With Unlocking A Phone

There are several methods to unlock a phone and use it with any network from around the world. The only risk-free unlock method is the above one, which uses unlock code. It is risk-free because it uses Samsung accepted unlock codes and does not interfere with the Samsung Galaxy S9’s hardware or software parts. Moreover, using a network unlock code the warranty will not be voided and there will be no risks to brick the handset.

The Fame Project is Letting People Bet on the Future