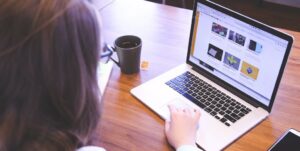 Erratic behaviour, unwanted toolbars and many other aspects are common signs of malware that our PCs may suffer; however, there are other hidden symptoms we might not even be aware of, and that’s where malware takes a whole new dimension.

Regardless if you use your PC for work or entertainment, now it’s time to put hackers at bay by acknowledging the signs of a compromised system.

1. Thousands of Pop-Ups in Less Than 3 Minutes

Whereas this may seem as an evident symptom of malware activity, sometimes is true that ad-blocker software does prevent these events from happening. If you truly want to acknowledge if you have been hacked, then consider if the ad-blocker is properly working, if you recently visited a website and, afterwards, your PC started to behave in an odd fashion, and mostly if your antivirus software is up-to-date and running as expected.

Another common element to take into account when dealing with viruses and hackers overall is linked to the presence of “antivirus messages”, like those that display that your PC is currently vulnerable to viruses and many other formulations of the same statement. By clicking those messages, cybercriminals lead the way to pages that will download EXE files to your computer and infect all the data stored in your System HDD’s partition.

In case your computer used to take just 40 seconds to load and now current load time is over two minutes, then prior checking if you are suffering from faulty RAM or any potential hardware-related inconvenience, it might be time to do a roundup on which services are loading at the time of startup. All the services whose origin is suspicious or you can’t just point where do they come from have to be removed, even if that implies the usage of third-party apps to help you to fulfil the task.

How many times were you searching for a website or article and the site redirected you to tons of other URLs prior getting where you wanted to be in first place?

Regardless of this being a common practice when doing link-bait – and an annoying one indeed (especially with endless loops), viruses are known to cause this kind of inconveniences, so the soon we spot them, the better.

Like the redirects and the pop-ups, Toolbars are a frequent visual confirmation of the presence of viruses among our OS. Most commonly installed in web browsers, although there are some that can be installed on our very system, these so-called toolbars are nothing else than malware set to steal data from our incautious search methods.

What’s the solution for this? A procedure I tested and works like wonder is the usage of Malwarebytes and AdwCleaner, for then using a registry cleaner tool like Eusing Free Registry Cleaner or CCleaner to perform the final cleanup of any residual files.

Quite often Microsoft’s Hotmail was a known victim in this situation that can be labelled as annoying for many users. Microsoft used to warn their users that suspicious activities were detected at the user’s account, though password needs to be restored and many identity validation stages where put to test, like asking for mobile number/other mailbox, or answering security questions to the commonly known answers a user sets for its account to even giving data on the latest people you exchanged mail with and subject of those messages.

A list of known security breaches made to email account servers can be resumed in this infographic by Avatier.

As viruses are the cause of these inconveniences, as soon as a friend warns you over this scenario, please do yourself a favour and run up a test against all potential malware.

This is another common symptom of infected PCs: when you start seeing software, you have never installed. Putting aside toolbars, usual examples of suspicious software installed on its own are media players, videogames, equalizers, dictionaries, “anti-viruses”, and probably some other alternatives. RevoUninstaller proves to be a wise solution for deleting troublemaker software!

Finally, a certain way to tell your system has been a victim of unrequested intrusion is if some of the items mentioned above are not working or show errors when trying to access them.

Even if you can say the Anti-Malware software situation isn’t as bad as it sounds, not being able to enter the Registry Editor is a terrible scenario that most likely will require you to reinstall you OS in case the virus – or hacker – deleted vital information.

Be sure to always keep a backup in some extra storage medium, like an external hard drive, of the files to be kept safe. By doing this, you are not only preventing data loss but also speeding up the reinstall process in case you need to format and reinstall your OS due to malware activity.