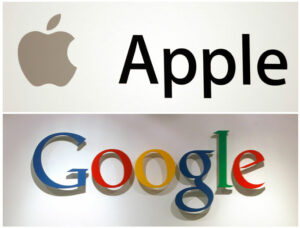 Earlier today I read yet another article on how the Smartphone market is dominated by two vendors, Google with around 84% of the market and Apple with 17% of the market, making it impossible for anyone else to enter. It is interesting to note that when we had the great iPhone lead Smartphone pivot last decade they took over leadership from Microsoft, Palm, and RIM (BlackBerry) who were dominant at the time and they basically repeated what happened in the PC segment with the only exception being Google taking Microsoft’s place as the company that first copied and then displaced Apple.

Granted, financially they are doing far better this round largely because Google isn’t funding their effort as well as Microsoft did Windows so instead of 3% to 5% of the market Apple is living in the 15% to 20% range. By the way while market share is calculated by units sold, Apple dominates the high end of the market and were we to calculate share on dollars sold or profits Apple’s positon would be far more dominant than they ever were able to sustain on PCs.

But would it be impossible to effectively replace Apple and Google as segment leaders? Of course, and we’ve seen this done a number of times. IBM once had better than 95% of the market, Commodore and Atari dominated the early PC market, and Microsoft was unbeatable though the 1990s. Oh, and I did mention that Smartphones were mostly dominated by three companies two of which are effectively out of the market and the third, Blackberry, is operating more under a software and services model with a security edge these days.

So how would you change the market dynamic and take leadership away from Apple and Google?

This is largely what created a major problem for both IBM and Microsoft eroding their power and allowing others in. This powerful government power, depending on country, can break companies up (AT&T), wipe them out (RCA), cripple them (IBM), or create a huge execution problems (Microsoft). Both Apple and Google are vulnerable, Google due to a combination of massive market share and operating system pricing that is below cost (predatory pricing) and a funding model that monetizes what should be a natural resource, your eyeballs. Apple, on the other hand, employees a lock in strategy which artificially holds prices up and takes advantage of citizens as a result, a common reason for Anti-Trust units to act.

Moves to open Apple’s locked in ecosystem up or to force Google to both charge for Android and massively tax the company for selling what should be a national resource could significantly open the door to competition.

This is effectively what Steve Jobs did in the cell phone segment. This segment had been almost exclusively focused on business. In fact, sadly, there were efforts in both Microsoft and Palm to create iPhone like devices but they were killed by their respective CEOs for reasons like “no one would ever buy one”. But if you can convince the market that something you uniquely have is really better, as Apple did, you could cause the market to pivot.

Currently the most powerful potential pivotal element is security and Blackberry, somewhat ironically, is in the best position to use this lever. But with increasing malware threats on Smartphones and an increasing focus on both what the US President does and the likelihood his Android phone will result in a breach, the opportunity for a pivot on security much like there was a pivot on entertainment is growing by the moment. As a side note, someone should talk President Trump into carrying one of the new Android BlackBerry phones, I don’t know about you, but I’m kind of like a scandal break at the moment.

Stuff eventually ages out. Sony did replace cassette tape Walkman devices with CD devices but lost out to Apple on the MP3 cycle. Cab companies are being wiped out by cloud service provider Uber, and cable companies are at increasing risk by cord cutters. Smartphone have had a nice run but they are due to be replaced by something else and once obsolete they could go the way of the Walkman and iPod.

Potential products would be stand-alone Smartwatches which are becoming more and more viable tied to cloud services like Microsoft One-Drive or Amazon’s AWS. A future version of Microsoft’s Hololens, or, even father out, technology that was surgically implanted and human powered. Granted some of these things, like the current generation of standalone Smartwatches, also use Android but Samsung has a product that is highly rated that uses their own operating system and Samsung has stung Apple in the past.

Wrapping Up: Displacing Apple And Google Can Be Done

A few years ago, IBM had a presentation where they talked about the dominant companies that existed a century before when the firm was born and how few were even left and the number 50 years back really wasn’t that much better. Dominance is transitory and tends to change at a semi-decade pace (every 20 years or so).

So, the market can be taken by a company that either is innovation enough, rich enough, wants it badly enough, or just happens to be at the right place at the right time and, in a few years, we’ll be likely looking at a very different set of firms at the top of the personal technology space.

This suggests a far bigger issue for Apple than Google because Google’s income from Android is nearly immaterial because they basically give it away for free, but for Apple the iPhone is better than 80% of their revenue and profit. Companies don’t survive that kind of hit. Now Apple was able to pivot from the iPod to the iPhone but since then there is no indication they can even bring out a new successful product let alone pivot their business to it.

Fixing that should likely be a bigger priority at Apple than it appears to be.

Preparing for life after athletics