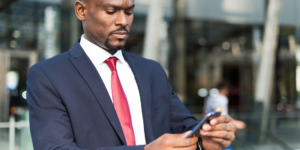 900 billion hours! Yes, this much time users have spent on mobile apps in the year 2016 as per the recent App Annie report. If we convert it into a daily basis, a smartphone user spends approximately two hours a day in apps. Consistent increase in the number of app downloads and revenue also points out that though the app stores are surging with millions of apps, the mobile app market does not seem running out of steam. Since few years, customized enterprise mobile app development business has remained lucrative business thanks to increasing demand-supply gap and implementation of enterprise mobility.

However, in today’s mobile-driven world, an app faces more than ever competition, and a plethora of apps have failed miserably leaving developers and owners stun. It’s very painful and hard to digest as a customized mobile app is an end result of putting a sizeable chunk of efforts and money.

Time is now to think seriously about the pitfalls of mobile app responsible for the user’s rejection. Today, many features decide the performance of an app, and therefore, it is necessary to know the reasons that can cause failure of your app.

Here we list eight major reasons why the users could hate your mobile apps:

Millions of downloads have created a new advertising platforms for businesspersons. Be it business promotion or monetization; no one can deny the role of advertisements. But then, too much of adverts can cause a lack of interest in your app as the users at times, find ads annoying. A plethora of ads can cause a continuous hindrance and deviation for the user.

User interference and user-centric design play a vital role in the success of your mobile app. You have to work on various aspects for resolving UI issues to improve the user experience. A customized app with an attractive UI design and seamless performance across various devices and platforms can have high chances to stay on the user’s device for a long duration.

These days, as the users become more and more concerned about protecting their privacy online, issues related to privacy can become a big cause of app rejection. If the user’s personal information is compromised by any means in an app, they will take no time in uninstalling it. Also, you should not keep any irrelevant information anywhere in your app that can create a doubt among users’ mind.

Another irksome issue for your app users is a high frequency of notifications. No user wants to fill the device with too many pop-ups after installing your app. Notification for every single event can account for uninstalling an app. It’s always better to remember that mobile app users have many other applications also, and frequent notifications from your app can mess up the things.

Users download the app after reading about its features. Now if an app fails to deliver the promise it has given, it is considered as sheer incapability of the mobile app, and the user punishes such an app. Mobile app developers should keep users’ requirements in mind while developing an app and integrate features accordingly.

No mobile app can make news without regular updates. Apps with regular updates have better protection from hacking as compared to the apps with no regular updates. You can also resolve minor issues like bug fixing and add other improvements based on feedback. Lack of updates can lead your app to fail in mid to long term.

Your tailored mobile app acts as a representative of your company in the expanding mobile world. Addressing these reasons will certainly help your app to remain long on the user’s device.

Nitesh Mishra has some 6 years experience in the software development industry. Initially a web developer coding in HTML/PHP/Perl etc., he later got into custom mobile app development and now has expertise in project management, working at IndiaNIC.