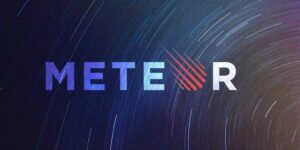 The average salary for Meteor developers is around $102K – $109K. This is due to the growing demands of the language and the inherent benefits that it provides. Because of this, it’s important for new developers to have at least a basic knowledge of this language.

The reason why companies hire meteor developers isn’t that it’s a new language, but due to their ability to adapt. As the tech industry grows, there is a multitude of new languages that will be used. Only the best developers will be selected if they are able to have a core programming language (i.e. Python, Java, etc.), but still have the ability to know how to use Meteor for specific projects.

Here are some things that you need to understand so that you can increase your chances of being hired for your meteor development skills.

Understand the Most Popular Packages

Having high-quality programming packages is one of the largest advantages for Meteor advantages. There are packages for every user need, but these packages stand out and are useful for a multitude of applications.

Useraccounts:core: UserAccounts gives you responsive, clear pages to help with the login, log off, change password, forgot password, and enrolling authorized users. It’s customized to be used to meet your appearance needs. Meteor has a better functionality and UI than the usual Meteor-ui accounts package.

Aldeed:tabular: In Meteor, tabular is an adaptation of Database tables. It’s a plugin that has features such as filtering, sorting, and paging.

alanning:roles: With this package, it gives you the ability to restrict actions or content based on the user’s role. Make role-restricted functionality is easier with this package.

If you can utilize the packages and create the right choices in your application design, then you can rely on packages to help you complete most coding projects.

One way to increase your chances of obtaining a developer position is by making your own meteor package.

Wrapper packages help you understand how API and the package system work. However, since they are wrapper packages, they might not have a lot of utility. Also, there are Meteor packages that require a great level of understanding of Meteor in order to implement correctly.

Novel applications strike a good balance. For instance, there isn’t a myriad of product review, shopping cart, and photo gallery applications within meteor’s ecosystem. This gives you time to create something that other meteor developers can use on this app.

Packages are a great way to generate leads and build your reputation. If you make a good drop-in component, chances are you’ll receive paid work in order to use or customize that package in the future.

While you should also brush up your coding skills with popular programming languages, it wouldn’t hurt to learn Meteor as well. The language helps when making MVPs, as its faster than any other language in that aspect. So try learning as much as you can to ensure that you have a better chance of getting that job interview.

Do you have any additional questions about Meteor?

Tell us in the comments below.

How to Keep Your iPhone Secure No Matter Where You Go