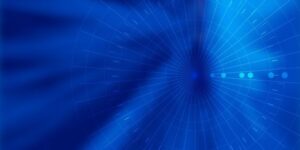 Intel is in the process of a turnaround led by Pat Gelsinger who was mentored by the legendary Andy Grove. Gelsinger is arguably one of the strongest CEOs in the market. But Intel’s problems are deep and have accrued over decades. It has an operational history of being intolerant of mistakes and cultivating a cut-throat culture that has been particularly hard on female employees. To fix the company, Gelsinger is increasingly relying on Intel’s unique Israel Development Center (IDC) which is more tolerant of mistakes and more proactive in elevating women to engineering executive positions as both a framework for the new Intel and to better allow the company to execute during its transition into a more successful company and a far better place to work.

I am spending the week learning about this unique resource and I am incredibly impressed with the quality of the work they do here. One of my favorite Intel executives (next to Gelsinger, who I’ve known for decades) was Mooly Eden who came out of this division.

Let’s talk about how Intel’s IDC has become foundational to the creation of the new and improved Intel.

Intel’s IDC has been a major force in most of the big developments that have come out of the country. Not only was it where Intel built its first international FAB. In 1993, it was where video on a PC came to be. This development was followed by wi-fi for notebooks in 2003, dual-core processors in 2005, integrated GFX in 2011, setting the world speed record for DDR4 in 2020, and most advances in core technology have been developed there over the years.

This is a fascinating organization both because it is so different from Intel and the technology industry in general and because of the culture in the country which aggressively favors collaboration and inclusion when compared to other parts of the world due to its unique beginning and nature.

Israel is a small country that exists under substantial risk since it’s surrounded by countries that are hostile to it. This fosters a sense of camaraderie and drives inclusion because everyone, regardless of gender, must work together to assure the country’s future. Once the current war settles, I expect Ukraine will develop a similar culture, but for now, Israel is unique in what is clearly a forcing function based on mutual survival.

Diversity and inclusion for women

It is also where women in engineering have been incredibly successful. This is important because women in engineering are not only relatively rare but have faced massive issues of abuse in the industry. This has not been an issue at Intel alone. It’s a problem endemic to the overall technology industry that has proven almost impossible to correct. At tech companies, including Intel, you see old white guys on stage. Women tend to work in comms or marketing, not engineering. At Intel’s IDC, half the presenters were not only women but corporate or senior VPs.

For example, they highlighted Karin Eibschitz-Segal, Corp. VP and GM of Intel Validation and Engineering, Shlomit Weiss, Sr. VP and GM of design and engineering, and Mandy Mock, VP and GM for the desktop, workstation, and channel group. At IDC, women do not have to break the glass ceiling. It has already been destroyed, providing a terrific example of what can be done at a modern technology company.

A few years back I met with the CEO of Ford who was proud of his directed change at a company that had been intolerant of mistakes and created a culture where no one was willing to take risks. However, he joked that while he was driving a more tolerant policy, if anyone screwed up Ford’s F-150 pickup, they would still get shot, leading me to believe he did not understand his own policy. He also did not seem to get my warning about not understanding Tesla, either, which led me to accurately predict he would not last much longer, and he did not.

No one is perfect. If you shoot employees who take reasonable chances that fail, you will end up with a culture that is afraid to make decisions. I ran into this when I was at IBM researching why it nearly failed. I discovered that, at that time, executives were afraid to fix known problems because if they got it wrong, they would lose their pensions. That fear was foundational to IBM’s near failure.

Intel’s culture has historically been very hostile to executives that screw up even if it’s not their fault. Pat Gelsinger knows this personally as he was put in charge of Larrabee Microarchitecture, an earlier effort to take on NVIDIA and ATI on graphics. It had failed prior to Gelsinger taking it over, but the failure had been covered up, which resulted in Gelsinger being forced out not because he screwed up, but because the failure was discovered on his watch. I have often thought that this move was generated by a powerful rival that wanted to make sure Gelsinger never made it to CEO.

Intel’s IDC recognizes that you cannot make an omelet without breaking eggs and that failures are the price of progress. If you do not tolerate failures, you will not make progress. Intolerance for failure and the practice of shooting executives who fail has led to the departure of some of the firm’s strongest executives, including its current CEO. IDC’s tolerance for failure comes directly out of the culture of Israel where, if the country had not been tolerant of failure, it would have crumbled years ago. They are such strong believers that their practices and beliefs are spreading through Intel, turning it into a more successful company and a much better place to work.

Innovation, tolerance for failure, and diversity are all more evident in Intel’s IDC division than in Intel overall. Thus, Pat Gelsinger’s strategy of using IDC as a template for how to fix Intel is an excellent strategy for turning Intel into a more successful and powerful company than it currently is. IDC not only represents the new core for Intel’s future culture. It’s an example of how other companies might be able to address their own diversity and failure-averse policies that make them less competitive. By using Israel’s unique collaborative, innovative, and diverse culture, there is a potential path to make every tech company more agile, more inclusive, and a better place to work than it currently is.

I believe that Israel may be the secret sauce to not only fixing Intel but fixing much of the technology market by helping firms change their cultures from competitive employee advancement that favors the biggest male jerk at the table, to one that favors a tolerance for failure, collaborative and inclusive advancement, and assuring a more balanced and equitable team. IDC is a fascinating division that I hope will be a template for the future of every tech company, particularly those that currently mistreat women and scapegoat risk-takers in the workforce. IDC assures that Intel is on track for its multi-billion dollar turnaround.