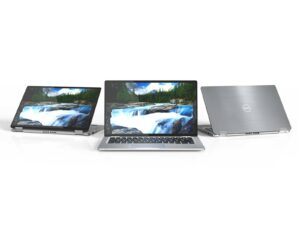 Dell, ahead of CES, just announced a new laptop their stunning 7400 2-in-1 Latitude business laptop and some are calling it a ThinkPad killer. But while this product appears to be an excellent choice for a design forward business user, the ThinkPad is more than just a product, it is an iconic product, much like the iPhone, and killing an icon is far harder than just coming up with a good alternative.

The last time we saw an actual death of an iconic product was when Apple, with their iPhone, killed off the BlackBerry and Palm Phones, and took out the iPod in the process. This showcases you can kill of an iconic product, but Apple’s example showcases one of two paths. The one with another iconic effort and, as good as the Dell 7400 is, it isn’t an iconic product (yet) and I doubt another laptop, no matter how well designed, can be an iconic replacement for a ThinkPad.

A product that reaches Iconic status has developed a critical mass of users who hold the product up as an ideal and are extremely loyal to it. This requires a massive investment, and/or a lot of viral luck and once complete users will simplify their product choices to the iconic offering they’ve chosen to identify with. Past iconic products include the Mazda Miata, Datsun 240Z, Jaguar XKE, Sony Walkman, Sony Trinitron, Sony PlayStation, Microsoft Xbox, Rolex, and, of course, the iPod, iPhone, and iPad. The Apple Watch should be an iconic product, but Apple has yet to make the needed investment and they have crippled their total available market by making it Apple ecosystem only making that outcome less likely.

Samsung could build an iPhone killer, but they don’t seem to want to invest in the required marketing or consistency of design that would be needed. Samsung’s phones still largely use Apple’s design language, though their foldable efforts will likely break away but, at least initially, will lack the marketing support and price points needed to effectively take the place of the iPhone. But the technology shows potential and as prices for this technology drop potential for displacement increases. However, Samsung has never shown the willingness to fund the creation of an iconic product and that doesn’t seem to be changing.

What makes the ThinkPad iconic is the massive investment that first IBM and then Lenovo made into the brand, the consistency of design and quality, and the followers that have grown up with the product and now mostly won’t consider anything else.

As a race we like consistency and it is this consistency that assures the ThinkPad will remain until one of two things happen.

There are two ways I know of to displace an iconic product. One is the old Microsoft strategy used so effectively with Microsoft Office of Embrace, Extend, Extinguish. This is far tougher today thanks to patents and copyrights, but with this strategy you create a clone, you make the clone better at the same price, you market the hell out of the positive differences, and you effectively convince the loyal followers of the product to buy your instead. This was Microsoft’s plan with the Zune against the iPod but their failure to execute on a strategy they defined showcases how difficult it is to execute.

The other is to come up with something that is very different and then convince a critical mass of the iconic products influential followers to switch creating a migration wave. This is what Apple did with the iPhone and media. They massively seeded iPhones into influential users who then were using Palm or BlackBerry phones and once they got to critical mass (took about 2 years) the kings of Smartphones were dying, and the iPhone had become the iconic replacement to them.

Now there is a third path that I’ve alluded to and that is taking advantage when the owner of the iconic product doesn’t do the minimums needed to maintain its iconic status. We saw that in spades with the Sony Walkman and now appear to be seeing it with the iPhone which continues to lose market share with sharply declining sales volumes right now.

Like an increasing number of high-end Dell laptops, the Dell 7400 2-in-1 is laptop art. Thin, using real metal, and with a distinctive industrial design it is a showcase for how far PC design has come in the last few years. While a truly beautiful product and a good alternative to design forward offerings by other vendors including Apple, who really isn’t competitive on PCs anymore, it isn’t similar enough to the ThinkPad to execute Embrace, Extend, Extinguish (difficult anyway because both offerings are dependent on the same Microsoft OS) nor is it revolutionary enough to change the entire laptop dynamic. On this last, the iPad Pro, one of the Always Connected PC concepts, or even the HP Spectre Folio are all potentially more capable of taking this path to redefine the laptop and thus displace the ThinkPad (assuming Lenovo stands still which is unlikely at the moment).

Dell did make several attempts to create iconic products in the past with their original gaming focused XPS and their Adamo offerings fell into that category and you could argue that, in gaming, their Alienware line has arguably reached iconic status. So, they could create a product that could redefine a segment, they just don’t appear to be focused on making that happen now.

I will add, however, that part of the path to doing this would be creative marketing and launching the week before CES is the kind of creative effort that would be needed. So, the firm has the potential given its size and ability to think out of the box at times, the 7400 isn’t similar enough to the ThinkPad or different (revolutionary) enough to reach the bar yet.

I emphasize the “yet” because we are reaching a point of massive change particularly in personal technology. The Apple Watch in its complete form showcases a path, that Apple is under executing at the moment, to displace Smartphones with always connected Smart wearable devices. The Windows Virtual Desktop and Always-Connected-PC concept is on a path to a mobile PC platform that massively outperforms its desktop counterparts when 5G reaches critical mass, Mixed Reality has the potential to obsolesce all personal technology by creating virtual PCs and monitors on the fly, and digital assistants and robots will redefine how and where we compute (as well as who computes). Any or all of these have the potential for dramatic change in the segment, but Lenovo is currently more active in most of these than Dell is now (these trends are all very early).

The most likely end to the ThinkPad, or any iconic product for that matter, is a market pivot and I’ve noted several that are coming that Lenovo appears to be anticipating. But it is always the one you don’t anticipate, robotics come to mind, where the greatest exposure lies. Ask yourself this, if you have a robot connected to the power of the cloud and with full intelligence that can turn general verbal direction into detailed execution, do you need your own personal computer? Fortunately, that is some time off but it likely is not as far off given what we’ll see at CES this year, then many think and only NVIDIA is positioned well for that transition of the major vendors.

Something to think about as we prep for CES.

Improve your essay skills to come up with good writing