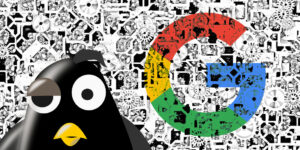 The wait is over and Google Penguin has finally updated and is almost two years old. This is actually the fourth major release after the Penguin 4.0 and Google considers it to be a real-time signal with its search algorithm. The major question that arises is, “What’s the update and how will it have an influence on the search engines?”

Google’s new algorithm will get hold of those websites that were spamming the search engines. The update originally came in the year 2012, but it had never operated in real-time till now. The spammy websites could actually be destroyed when they hit search engines at the time of new filter. Earlier, it would take several months for the effect to occur.

However, the websites that was wrongly categorized as spam now do not have to wait for several months. Instead, the changes and crawling will take place in real-time. The changes made to the website ranking will be seen quickly and the alterations made will be reflected much faster.

According to the recent updates in the SEO industry, things will turn much more complicated than before. As per Google, the new algorithm will become more page-specific than getting websites wide. This SEO Penguin Infographic shows how the upgrade will be hitting web pages individually with ranking penalties than the entire websites.

The latest update may even hit some sections of a website or individual web pages. This clearly indicates that the SEO companies can no more depend on a particular section of a website for higher rankings in the search engines. High quality content plays a very important role in boosting your site’s ranking. This update will create problem for the companies that have overlooked the quality of their websites in the past.

Penguin Update and its reality

Google has admitted that it will no more be announcing the latest updates. With Penguin 4.0 a constant procedure, there is actually nothing to update or confirm as the changes will remain undisclosed when they are required.

The biggest search engine has further declared that they were rolling it out and it will probably take some time to become active completely. But the new parameters that have been uncovered by the SEO Penguin Infographic are possibly already there. This is because the SEO companies will now have to make certain changes in their SEO strategies or they will have to struggling for competing with the new algorithm.

Many people might consider that Google’s latest updates will drop down the ranking of your website. If this is the exact situation, it’s high time to think if you are taking all necessary steps for delivering high quality content.

Penguin 4.0 might be the ultimate wake up call for the SEO companies to start with the necessary changes for improving the ranking of their site in the search engine results.

Take a look at the present content and think how to add more information to make it more engaging and generate higher traffic. Thus, update your content to make it high quality and the Google Penguin update will be an added advantage for your SEO business.

How Technology Can Turn Your Small Business into an International Authority

5 Ways to Potentially Sabotage Your IT Certification Exam Success